LightNight Liverpool, the city’s one-night arts festival, is back on Friday 18 May 2018.

LightNight showcases the city’s transformation since 2008, in a special night of arts and culture events.
For 2018 the festival theme is Transformation. Understood as a significant change in both people and place, transformation is happening all around us; visible and invisible, turbulent and political, personal and emotional. 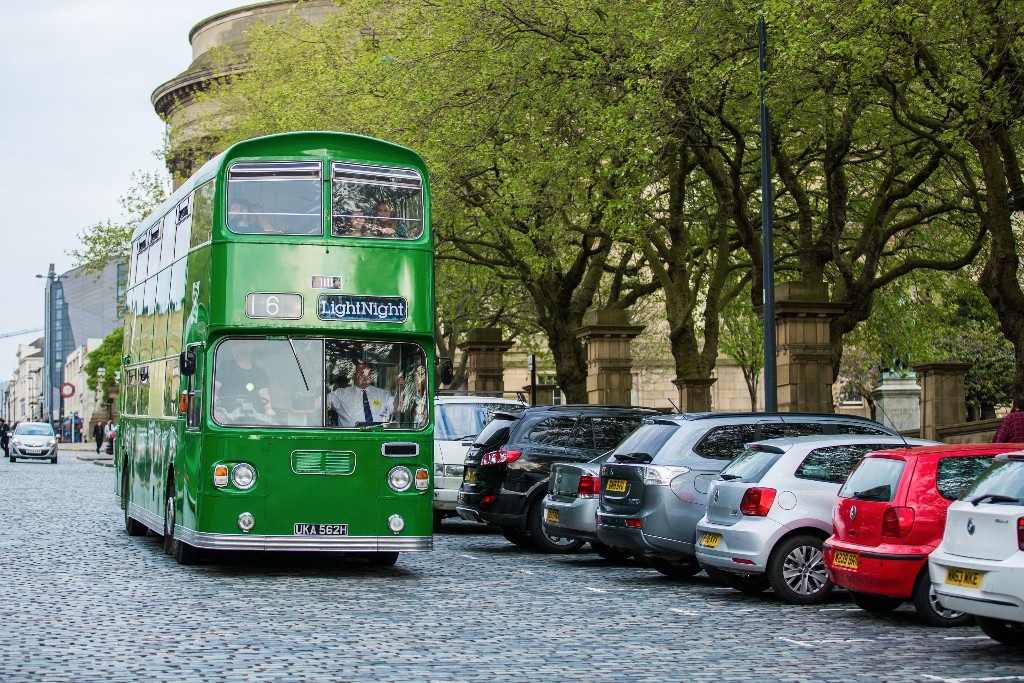 New venues open especially for LightNight include RIBA North, World Museum, Sensor City, Hinterlands and Unity Theatre since its own redevelopment. New corners and spaces in the city that have been part of its transformation, like Cains Brewery Village in the Baltic Triangle, show a city evolving.

Each venue has a special programme of events and the evening is best enjoyed on foot (or on the LightNight Heritage bus!) to reflect on new builds, new spaces, and new streets alongside over 100 free arts and culture events. The full programme will be released 1 May and is available to pre-order now at www.lightnightliverpool.co.uk

With WOWFEST18’s theme of ‘Crossing Borders’, Liverpool’s longest running literary and writing festival joins LightNight to celebrate the transformative power of inclusivity. A unique “wall” sculpture will be built from the stories and experiences of the city’s communities, for the society they want to build for themselves and each other.

Straight from the clubs of Berlin and Melbourne, Jayson Haebich brings a bit of glitz to this year’s LightNight – quite literally. Known for creating massive shows for music festivals and art galleries around the world, the Adelaide-born, London-based AV artist has ambitious plans for Liverpool: creating his own version of the aurora borealis in the city’s latest arts venue. 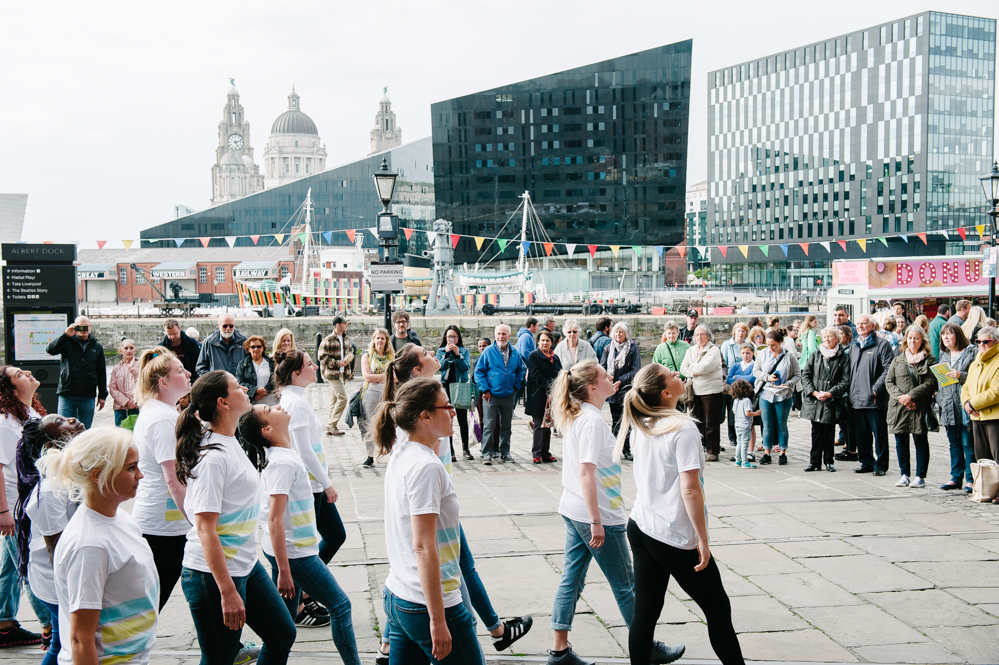 The Art of Technology at Sensor City

Take a look inside a global innovation hub! With 3D printers, virtual reality headsets and drones on display, Sensor City opens for the first time on LightNight to showcase the latest technological innovations. Curious minds are invited to take part in sensor-based games, technology demos, film, hands-on activities and to enjoy a drink on the panoramic roof terrace.

Unity Theatre, open for the first time on LightNight post its 2017 rebuild, has an evening of performance including Thread in Unity 1, Object (Auto) Biography, a unique pole performance in Unity 2, and comedian Laurence Clark’s An Irresponsible Father’s Guide to Parenting, a 20-minute performance also in Unity 2.

A 30-minute performance with a new 3D live light installation and performance by audio-visual artist Carlos Bernal, using electronic sounds with a combination of LED bars and projection-mapped visuals over two giant screens and the floor surface to play with perspective and experience. No two people will experience the same thing. The ever-popular Baltic Clay comes to Northern Lights inviting you to turn unwanted pots into works of art with drop in workshops. Transform unloved ceramic objects using paints, stencils and unique techniques to create pieces that you can take home.

A journey to the junction where sound meets light, and the old world meets the new. For one night only, Red Brick Vintage is transformed into a playground of sonoluminescent delight, with live music acts playing host to a visual symphony of artefacts from bygone ages. A living experiment in ambience. Late bar.

Ever Changing at Zap Graffiti

Watch a team of graffiti artists transform a street with new artwork during the course of the evening. A hub for the city’s street artists and admirers, Zap Graffiti is an ever-changing space where folks from all over come to paint on a daily basis, with monthly exhibitions, workshops, materials shop and much more. 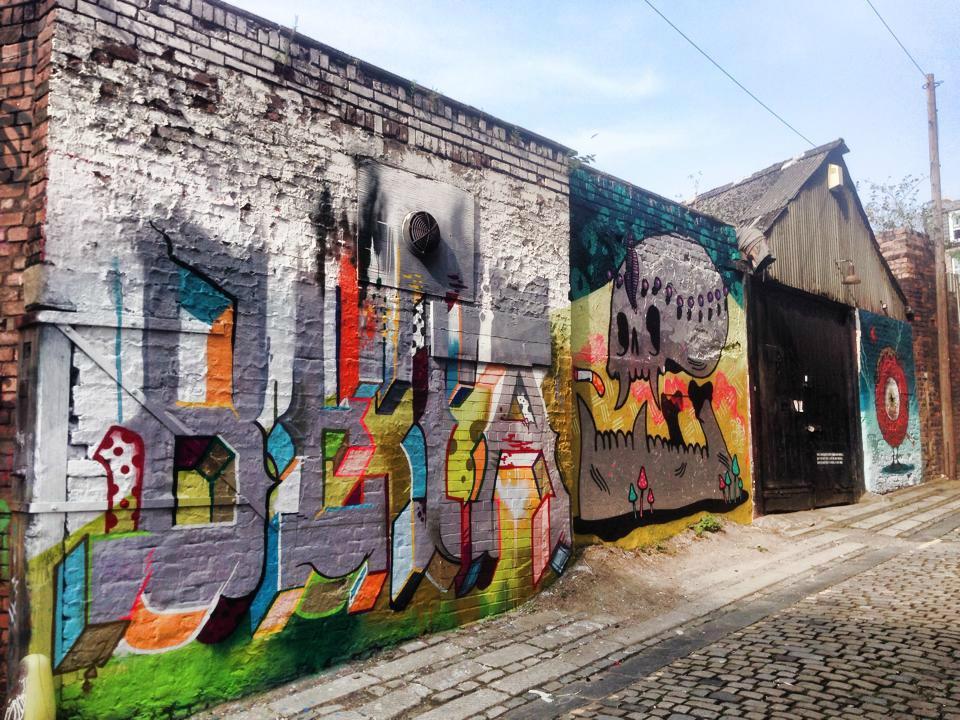 Transformation of Narrative at Road Gallery

An exhibition in the window space, featuring work by member artists in a variety of mediums inspired by a narrative that begins ‘You are sat underneath a tree alone, suddenly there is a sound; The tree is whispering to you’

Sin Bin of the City, Screening & Q&A at Liverpool Cathedral

A documentary looking at the 1981 Toxteth Riots and the circumstances surrounding Liverpool 8 at the time of the unrest. Using first-hand accounts, newsreels, and animation, the story is told from the viewpoint of members of the Toxteth community. Ages 12+

A 20-minute performance taking an immersive journey through the history of Liverpool from its beginnings to the present day. Designed, constructed and managed by Liverpool Screen School students, this performance uses light, sound and film to create a truly sensory experience of transformation on three levels: the geographic, the local, and the personal. 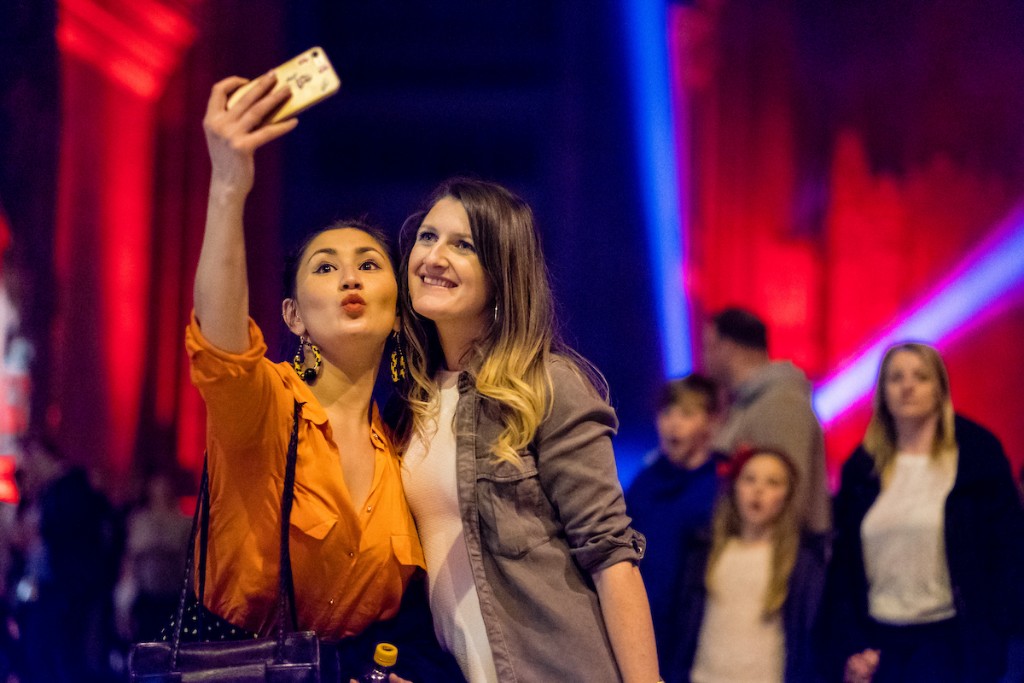 For the first time in 2018, LightNight will host two official food hubs, at Baltic Food Market and the Bombed-Out Church, providing sustenance meaning hunger pangs won’t be an excuse to miss the fun. LightNight also has a new partnership with Liverpool brewery and distillery H1780, so make sure you enjoy a Love Lane pale ale at a LightNight venue.

Round off your LightNight at the official festival after party at Constellations. Featuring DJ sets from Sandi Hughes, Giovanna of SisBis and South London’s Manara, plus a new video work by artist Anna Levin. Please note that the after party is a strictly over-18s event and you may be asked to for proof of ID. Grab ’em here.