Liverpool city – where everyone has a story.

Liverpool is well known for its characters. From taxi drivers to strangers at a bar, you’ll come across some interesting folk down nearly every road in the city. This makes for great entertainment but every now and then there’s a story that cuts so deep that it goes national. A story that defines the very resilience Liverpool has become famous for. A story about community. A story about the power of the people. A story of how a neglected wasteland went on to win the prestigious community regeneration Turner Prize. A true Liverpool story. 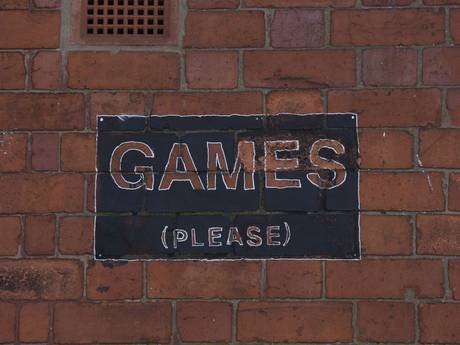 As much as we might perhaps be guilty of glorifying Liverpool at times, we’re very aware there are neglected areas. Although our Instagram feed may lead you to believe Liverpool is all Lark Lanes, Bohemian bars and flat whites, we know this isn’t the truth. Let’s go back to the 80’s in L8 – cars were being set on fire, houses destroyed, businesses relocating and the future looked pretty bleak. People and businesses moved without ever looking back which became a vicious circle. Nobody wanted to live or work there and the L8 area became the old dog at the vet waiting for the final and fatal injection. But remember, it isn’t the size of the dog in the fight, it is the size of the fight in the dog. 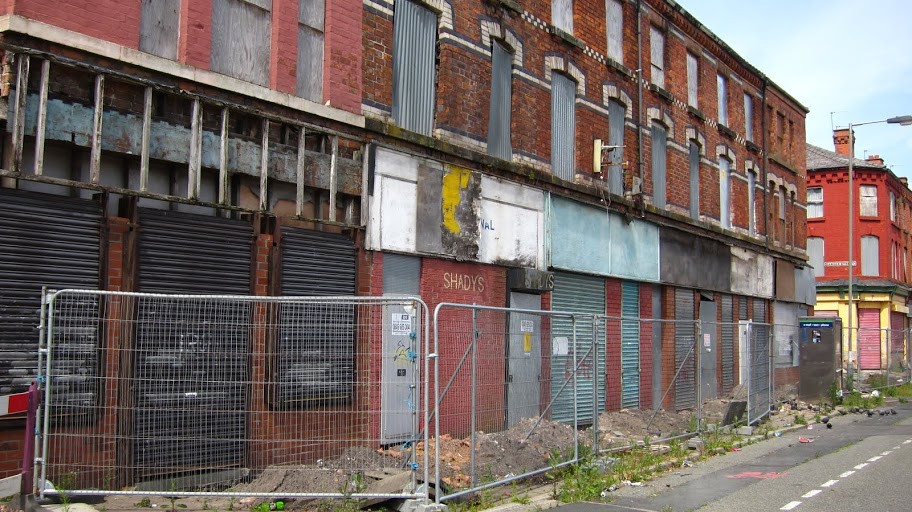 Let’s start with some history of the area. The Granby Triangle was originally an area with wide streets of Victorian terraces, with houses of varying sizes. The area is made up of the four streets at the park end of the triangle – Beaconsfield St, Cairns St, Jermyn St and Ducie St. Granby is the most racially and ethnically diverse area of Liverpool, has the oldest black community in Britain and has been one of the most deprived communities in the country for decades. However, prior to the dereliction that the area became known for and which was the reality for people living in the area over the last two or three decades, Granby St was a busy street with many thriving businesses. These included grocery shops, butchers, chandlers and even a cinema, and they attracted shoppers from a wide area. A period of post-war demolitions at the North end of the Granby triangle included many houses, but also some of the shop fronts on Granby St itself – modern homes were built to replace the Victorian terraces. By the mid 70s the area had started to decline as unemployment increased. 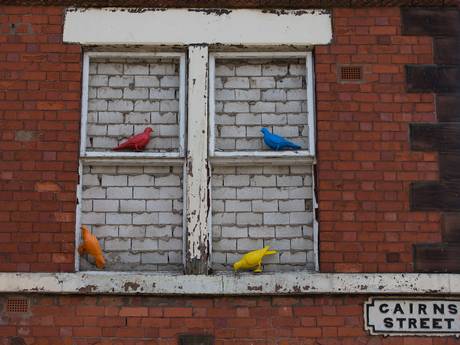 The area was practically derelict which led to the creation of Granby Residents Association in 1993. The main aim of the GRA was to stop the demolition of the remaining streets of Victorian houses in the Granby Triangle. Another major part of their campaign was to recommend other ways to tackle the empties and involve the community.  However, four more streets of houses were cleared in the late 90s, leaving large patches of land with no buildings at all and only a handful of shops still open. They sharpened their swords and flaunted their metaphorical pitchforks and some battles were lost, some were won. They lobbied the council and saved the neighbourhood which has now become the Four Streets but still struggled to get housing associations to renovate the remaining houses. Despite the odd battle, it almost seemed as if they had lost the war. But remember, this is Liverpool we’re talking about here. 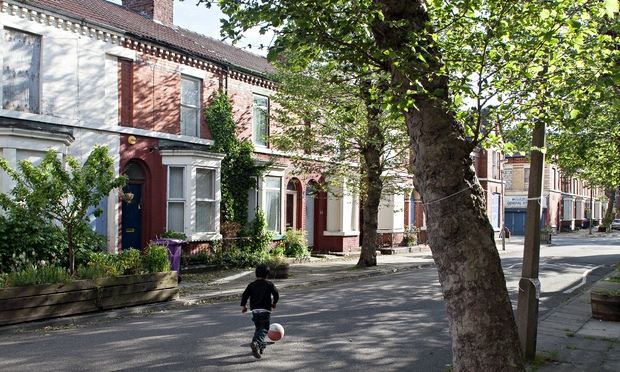 Fast forward to late 2011 and a new campaign group had formally constituted under the alias ‘Granby Four Streets Community Land’. Just a few months later the contract for the renovation of the properties was won by a private company who had promised to deliver exciting renovation with community input. Despite the good news, almost six months on and there had been no progress and the council withdrew their offer. None of the housing associations wanted to take the risk for all four streets and it seemed everyone had run out of ideas. The newly formed group were not out of determination and wrote to the council in November 2012 about the possibility of the group owning and renovating some properties. A big risk? Yes but equally necessary for the area to not only not die, but to also thrive. The group now work alongside Plus Dane, Steinbeck Studios, Mutual homes and more to share the financial risk and to also help renovate. They now have a board of trustees whom all have a vested interest in the area and houses including residents, community groups and architects. Probably the most impressive part of this story is the fact they raised £1m in grants and loan finance to carry out the work on 10 houses and took over 4 abandoned shops to try get local business thriving. 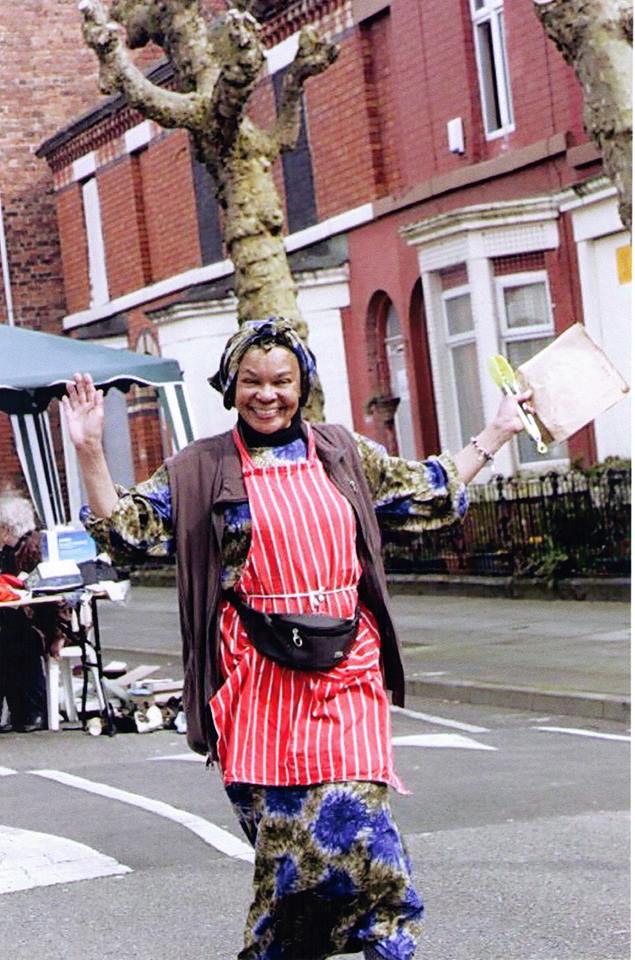 Granby was once down and out for the count and many watched the demise from afar. It could have been so easy to walk away, to forget it exists and to see it as somebody else’s problem but for a dedicated few who fought tirelessly to make the area theirs, that wasn’t an option. To celebrate how far they’ve come they hold a street market on the first Saturday of every month where local crafters, food makers and more come together to celebrate in the streets they proudly call home. It has been described as a mix between a jumble sale and a street party. The last one is in September before they gear up for a Christmas special so head down.

Their vision for the future is to make the area the greenest quarter in the city by populating the streets with an abundance of plants. The community land trust want to create a thriving, vibrant mixed community, building on the existing creativity, energy and commitment within the community, where people from all walks of life can live, work and play. A beautiful and honest mission that now seems more achievable than ever.

This isn’t a happily ever after for The Granby Four Streets CLT, this is just the beginning. 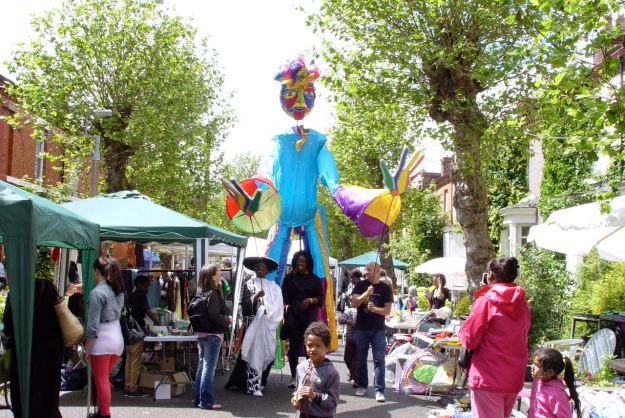 Follow their progress here and keep up to date with the exciting renovation and street markets.