Community Garden To Be Built In Toxteth For Liverpool Biennial 2018

by Independent Liverpool Published: 1st May 2018

Liverpool Biennial, the largest festival of contemporary art in the UK, will mark its 20th anniversary this year under the title Beautiful World, Where Are You?, running from 14th July -28th October 2018.

Liverpool Biennial is the UK biennial of contemporary art and commissions artists to make and present work in the context of Liverpool. It takes place every two years across the city in public spaces, galleries, museums and online. The Biennial is underpinned by a programme of research, education, residencies and commissions. Founded in 1998, Liverpool Biennial has commissioned over 300 new artworks and presented work by over 450 artists from around the world. 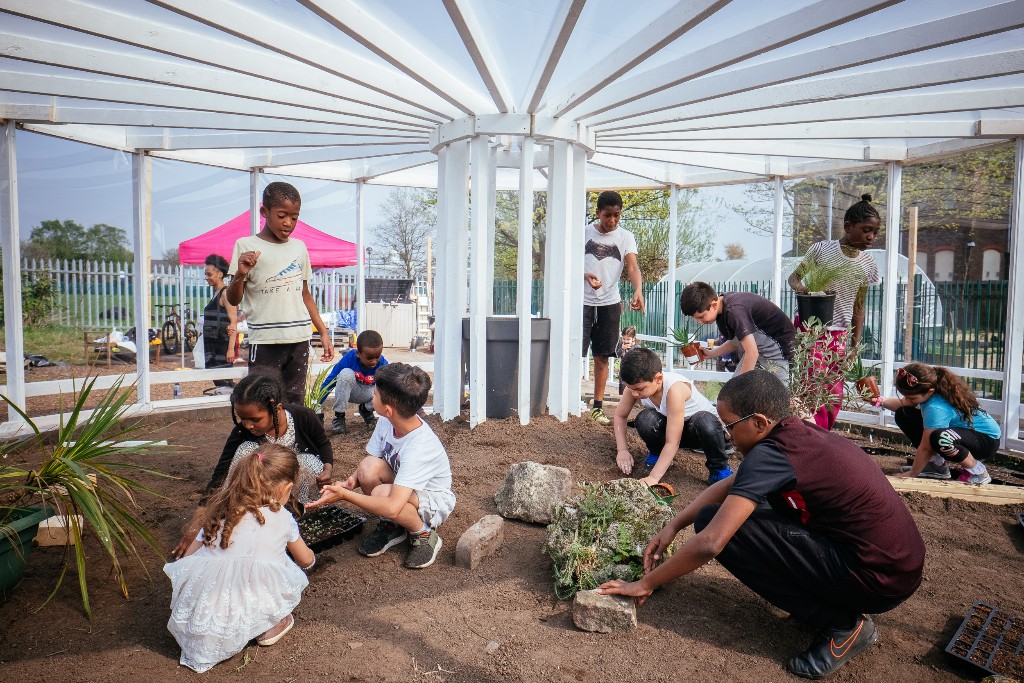 More than 40 artists from 22 countries will participate in this year’s programme which invites artists and audiences to reflect on a world in social, political and economic turmoil. The city of Liverpool provides the setting for the exhibition which takes place in public spaces, galleries, museums and civic buildings, encouraging visitors to explore the city’s rich histories. Out of all the wonderful things planned a community garden plan in Toxteth by an artist called Mohamed Bourouissa and the local community really caught our eye.

Mohamed Bourouissa (b. 1978, Blida, Algeria) lives in Paris, France. Bourouissa’s images, installations and videos explore power relations, displays of masculinity and societal tensions, often by referencing art-historical imagery. Périphérie (2005–09), for instance, presents a myriad of tense, potentially violent confrontations in urban environments through staged photographs. For his series Horse Day (2013), in which he designs, stages and documents an equestrian event, Bourouissa focuses on a North Philadelphia community’s efforts at neighbourhood revitalisation. With a strong collaborative sensibility, Bourouissa embeds himself within the community, examining how society is structured and how social processes are activated. 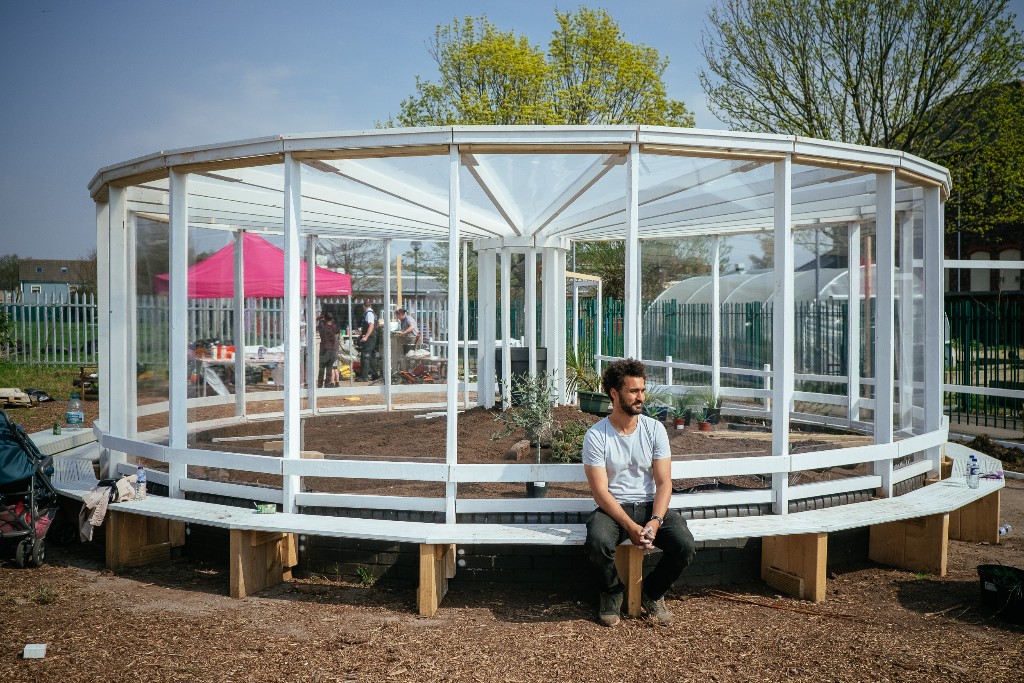 For Liverpool Biennial 2018, Mohamed Bourouissa will create a film and a community garden. The project is inspired by a garden made by a patient of the psychoanalyst and writer Frantz Fanon at the Blida-Joinville Psychiatric Hospital in Blida, Algeria. Fanon proved that the failure of occupational therapy in Algeria was caused by lack of consideration of the patients’ societal background. His patient underwent occupational therapy through gardening, reflecting the organisation of his mental space in the structure of his garden. Bourouissa will learn the patient’s approach to botany, architecture and therapy, and create a similar garden in collaboration with Granby Four Streets CLT and Kingsley Community Primary School in Granby, working with the local community, gardeners, school pupils, teachers and artists. The garden will be conceived as a space of ‘resilience’, a concept and term used in psychology, ecology and natural science. Some of the plants will be chosen from an unfinished Algerian herbarium of the 1950s and Bourouissa will draw the missing plants, as well as creating a new film capturing the reconstitution of the herbarium within the Cloître des Glycines in Algiers. 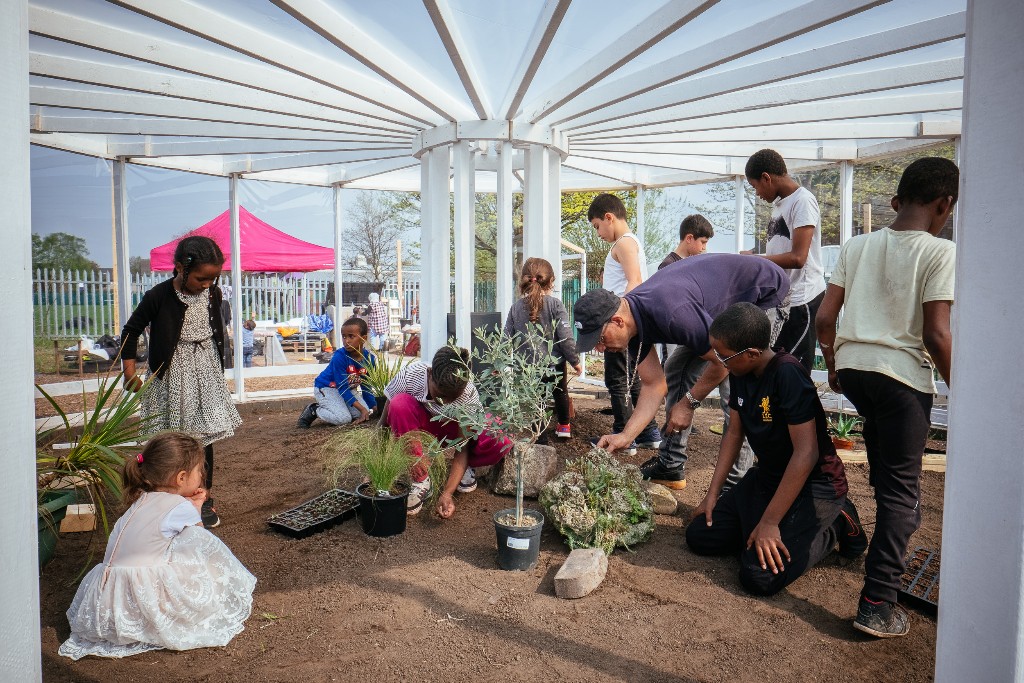 Come together and help grow a community garden in the heart of Toxteth. For Liverpool Biennial 2018, artist Mohamed Bourouissa is working with Kingsley Community School, Granby Four Streets CLT and the local community to create a new garden and a space for resilience. Join gardener Andrea Ku on Saturday afternoons to learn about gardening, planting and growing. The sessions are open to everybody including families, first time gardeners and green fingered enthusiasts. 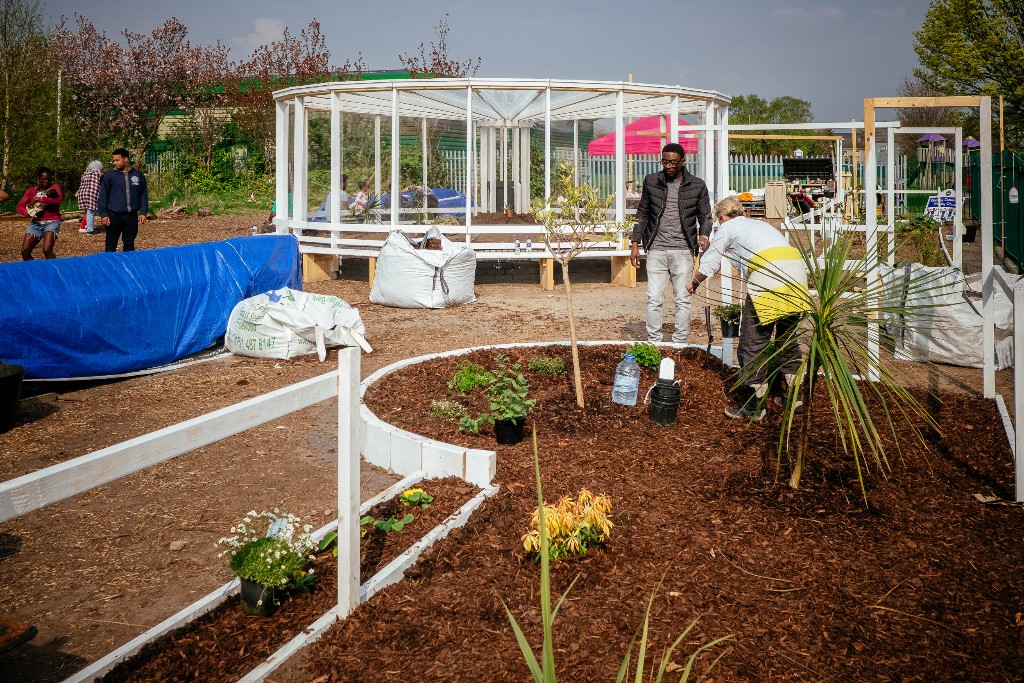