An Ode To The Open Spaces That Have Kept Us Going

We’ve never felt luckier to have glorious beaches, parks and countryside so close.

Liverpool is a unique city. It’s a hustling, bustling, urban melting pot, but there are great swathes of open spaces within easy reach. You can be in the thick of it on Bold Street in the morning and taking big gulps of fresh air on Crosby Beach in the afternoon. With the news of another lockdown these precious spaces have never felt so important. This year, let’s explore closer to home. Experience Liverpool like a tourist – discover the places you’ve always wanted to go and those you didn’t even know existed.

And we’ve never appreciated having these spaces on our doorstep more than during lockdown. They’ve been places to escape to, to exercise in, to lose ourselves and to come together. Things are inching back to life again, the food markets, street food, fine dining and rooftop bars will be turning heads, but our love affair with the open-air isn’t over. If you’re looking for a dose of the outdoors, here are our favourites. Just remember when you leave again, do it without a trace, litter is for losers.

There are 94 acres of Calderstones Park to explore and it’s a stunner in every season. Lazy summer days on the blanket of grass, autumn walks through the sprawling woodland and Japanese and old English gardens are beauties any time of the year. Look out for the ancient megaliths that gave the park its name, the Allerton Oak that’s over 500 years old and won European Tree of the Year and even a monument to a WW2 hero dog. And when you need a pitstop the refurbished Reader Café has all the coffee and cake you need. Formby has got it all. Fragrant pinewoods that tumble down to rolling dunes and acres and acres of open sands. On a blazing hot day you’d be forgiven for thinking you’re on a Mediterranean coast, just with bonus red squirrels, asparagus fields and offshore wind farms. The sea views are stunners and no matter how busy it gets, just walk a couple of hundred yards and you’ll get your own secluded picnic spot. Blink and you’ll miss any sign of Allerton Towers. But this is one of the most intriguing spaces in the city. Allerton Towers itself was sprawling mansion demolished in 1937 but the only real evidence left is part of the orangery. Which looks beautiful on a sunny day… and a bit spooky in the depths of winter. Don’t miss the hidden trails that wind behind the old mansion, just mind your head if you take one through Allerton Golf Course. 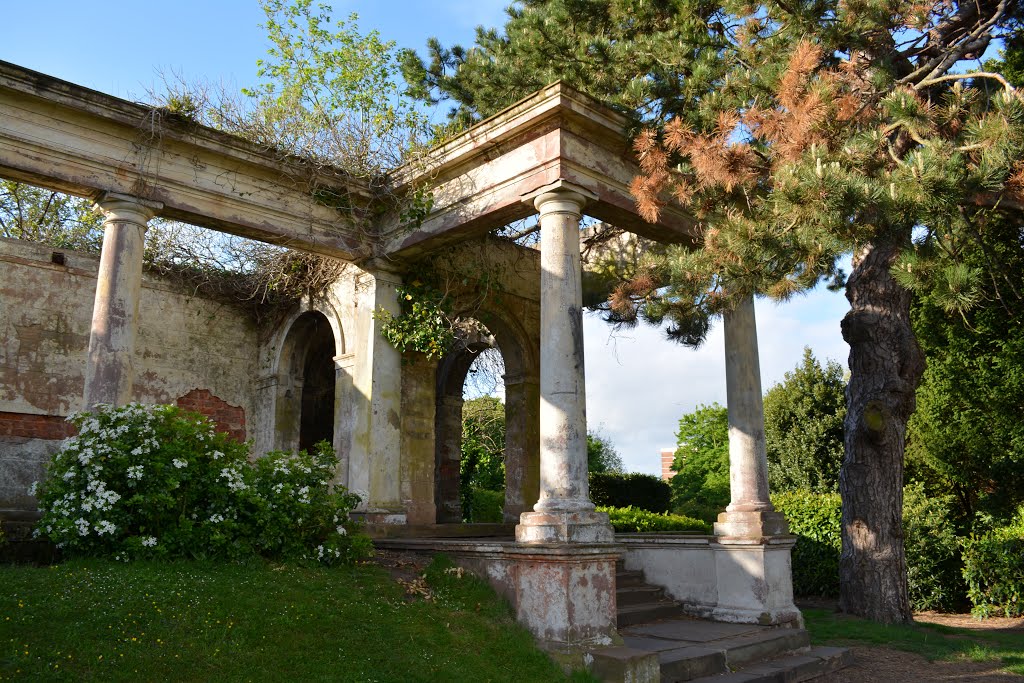 Hop on a ferry or through the tunnel and you’ve got yourself a slice of the great British seaside at New Brighton. If you can resist the lure of the slottys and mini-golf there’s miles and miles of sandy beach to lose yourself in, rocks to scramble and loads of perfect spots to perch on with your fish and chips. Why do they always taste better eaten out of the paper? Once the country estate of the Earls of Sefton, there’s a whopping 500 acres to stomp around at Croxteth Park. Wander past striking Croxteth Hall, recent star of Peaky Blinders, investigate the woodland, hidden ponds, streams and trails and if you’re lucky the walled garden will be open and you can check out the botanical collection. Even before Anthony Gormley put 100 unsettlingly beautiful cast-iron figures on Crosby Beach, it was a glorious place to spend the day. Expect vast views to North Wales on a good day and breath-taking Irish sea sunsets, there are miles of dunes and great swathes of beach to roam. And when you’ve had your fill, a whole host of great independent places to grab a bite or a pint along St John’s Road and South Road. Not many city parks can boast a waterfall, caves, fairy glen and a Victorian palm house. Grade One listed Sefton Park is a proper gem much-loved by locals and the visitors who stumble on it after a wander down Lark Lane. It’s sprawling and rambling and beyond the obvious attractions of the boating lake and palm house it’s the blankets of bluebells and daffodils, the hidden paths and secret spots that make it easy to forget you’re in the middle of a city. If you do need reminding though, you’re just a stone’s throw from the bustling bars, cafes and restaurants of Lark Lane. Another of our vast Victorian parks, Grade Two listed Newsham is a wedge of green space that’s flanked by imposing period architecture. The two lakes are primed for strolling, acres of grass to spread out in and look out for the rose garden and original bandstand. There’s something instantly soothing about seeing a big mass of water and we’re lucky to have access to river views across the city. Otterspool Prom is one of the best spots to get your fill of Mersey vistas, there’s loads of green space to get a good vantage point, a long stretch of prom to stroll or cycle down and you can see as far as the Welsh hills on a clear day. If you’re down Otterspool way don’t forget to pop in at the Festival Gardens. Alas the giant dragon slide and Pleasure Island of the 80’s are gone, but in their place is a tranquil and serene riverside site. Oriental gardens, pagodas, lakes, waterfalls and hidden picnic spots make the Festival Gardens a unique place to while away an afternoon. 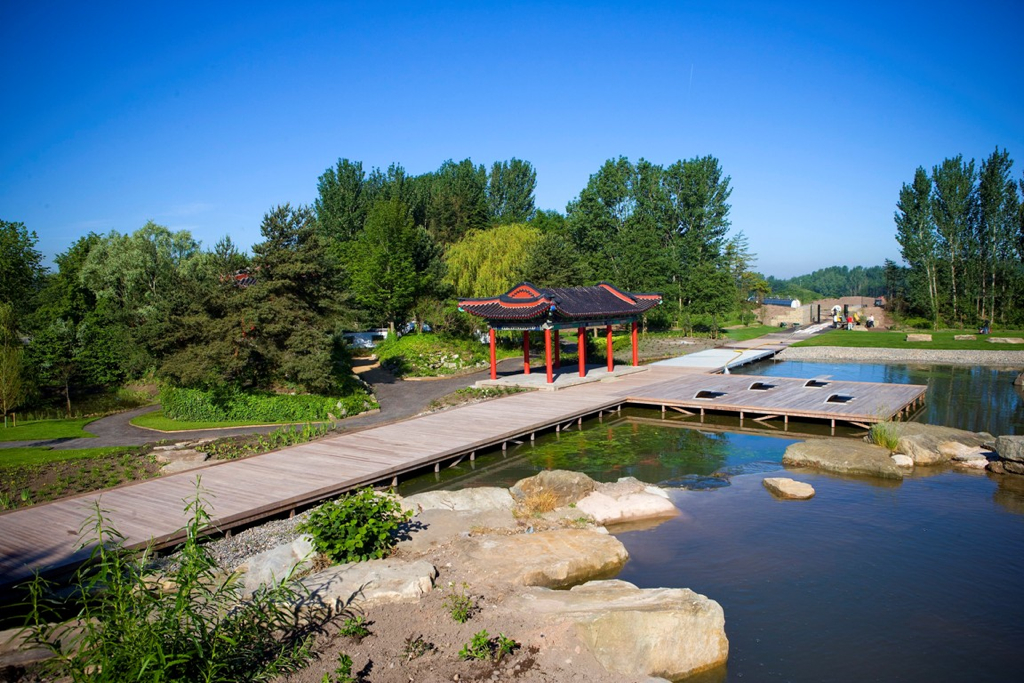 There’s a European feel to the setting of Princes Park, nestled behind the vast boulevard of Princes Avenue and a grand set of gates you’ll find a lovely serpentine style lake to stroll around, a cherry tree walk that bursts into bloom in spring and loads of green space to chill out in. Take a trip up to Everton Park and Everton Brow where you will be able to look on a stunning and wide panorama from the two cathedrals to the left to Seaforth Docks to the right. A sight for sore eyes on a sunny afternoon or parked up at night with all the lights on. It’s pretty much accepted there’s no better view of Liverpool in the whole city. It just never looks as good in real life as on your photos so we’re warning of the disappointment you’ll face in advance. But that’s kinda the point we suppose. You’ve gotta see it with your own eyes to experience it. There aren’t many places you can spot a Boeing 747 and a Grey Heron in quick succession. But this secret piece of coastline tucked away near John Lennon Airport is pretty special. It feels like you’re a world away from the nearby city life with twinkling mudflats, old sandstone jetties and rough grasslands. If you’re feeling adventurous head a bit further up the coast to Hale Head lighthouse for more estuary views. Stanley Park is a 110-acre, Grade II listed green space just north of Liverpool city centre. Dating from 1870, the park is famous for dividing the home grounds of the two Premiership football clubs; Anfield, home of Liverpool Football Club and Goodison Park, home of Everton Football Club. The park has fishing lakes and a play area, and numerous historical features including, most notably, the Grade II listed Isla Gladstone conservatory. Dating from the Victorian era, the Isla Gladstone has been completely restored and is now a magnificent example of its type. It plays host to weddings, corporate events and even match-day hospitality for Liverpool Football Club. Liverpool’s most famous dock is the master of reinvention. Engineering masterpiece, industrial powerhouse, naval base, morning telly backdrop, cultural centre, it’s been them all. And over the past year or so it’s started to redefine itself once again to fast become one of the city’s hottest foodie destinations with amazing independent gift shops, pop-up shops and more. It also offers picturesque views of Liverpool’s world famous architecture and buildings. There’s nothing quite like a walk around the tranquil water to bring some much needed calm into life. Greenbank Park is a public park with the middle of the park dominated by a large pond. It is situated in the suburb of Mossley Hill in the south of the city, close to Penny Lane. What it lacks in size, it certainly makes up for in other departments. The cafe The Watering Can is worth a trip for alone. Quite often throughout lockdown we found ourselves circling the pond as if it was a velodrome. It’s certainly a beautiful way to blow off the cobwebs.

Did we miss anything? Let us know by giving us an email on [email protected]