The place where people moaned about it, but wouldn’t have changed an ounce of it.

The Krazyhouse was Liverpool’s flagship student club, and was also one of the biggest nightclubs in the city. It was a converted warehouse with three floors and three bars and unlike the other nightclubs in Liverpool, each floor was dedicated to a different type of music. Floor one (K1) was the rock floor, with a stage for live music events and a video lounge with Nintendo 64 games to play on. The second floor (K2) was the indie and alternative floor with a chill out area, arcade games, pool tables and a cloak room. The third floor of the Krazy House (K3) was all about dance and chart music — complete with a rhinoceros statue that’s provided many a photo opportunity over the years. 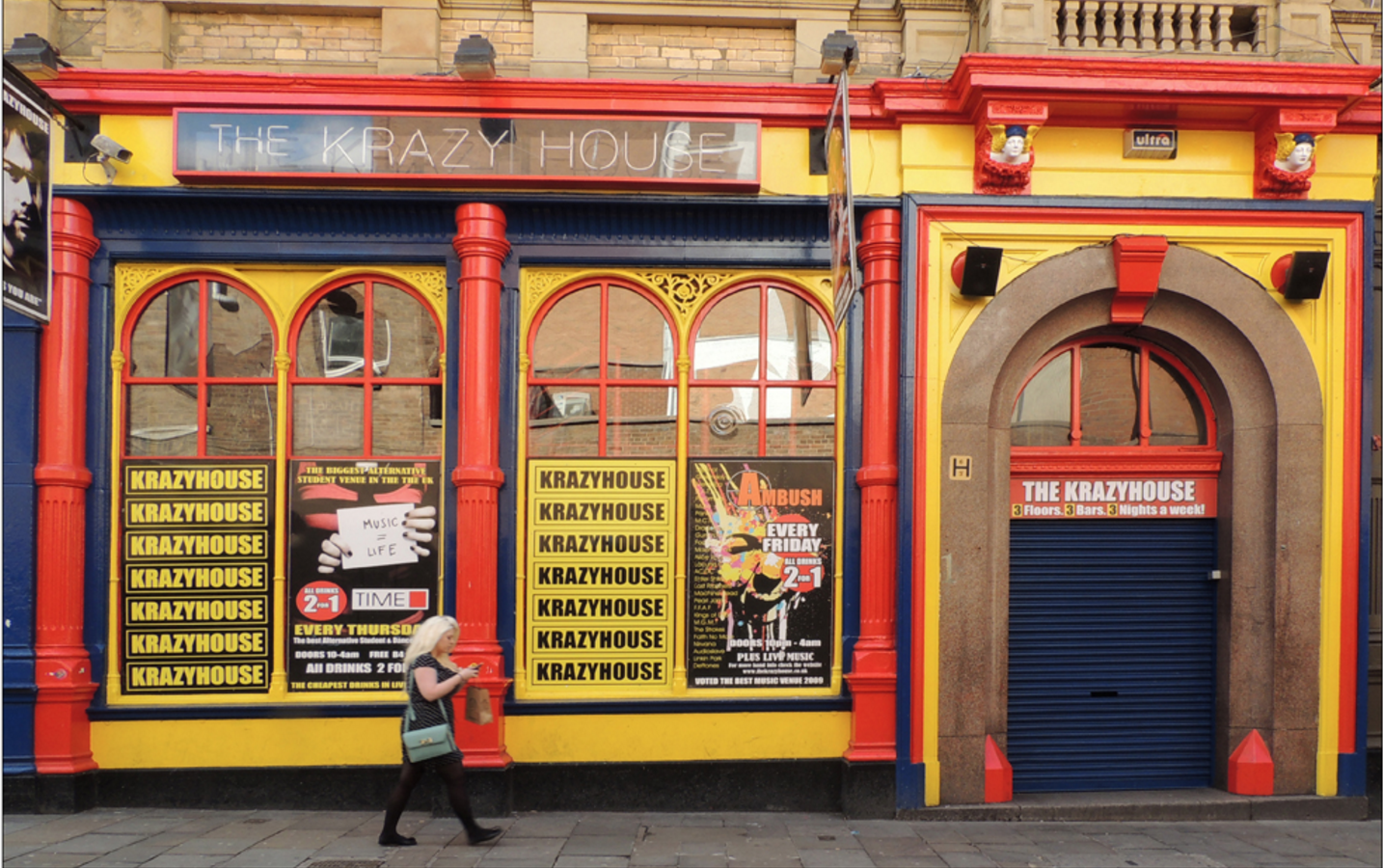 Back in the day, many will remember the elusive ‘purple corridor’ where drunk people congregated to dry hump and where both men and women would fix their eyeliner. K1, back in the day, pretty much ran Blade all day and had a really strange kitchen where you could order pot noodles and pickled eggs. Exactly the fuel required to get you through a heavy dose of fist pumping to Limp Bizkit at 2am. Speaking of music, we’re pretty the music playlist didn’t change since 2002 until it closed its door last year to re-open as Electrik Warhouse. And Kid Rock’s American bad ass mixed with Sad But True by Metallica will be a remix we’ll never quite fathom.

Almost a rite of passage for anyone who’s lived in Liverpool was a night in the K. With a Ben Sherman shirt on that probably wouldn’t fit you now. Worrying you wouldn’t get in, being accepted and terrifyingly tiptoeing up those big stairs and being left flabbergasted by the weird and wonderful that occupy it every weekend. A floor covered in a black sticky tar that would somehow navigate all over your body by the end of the night. A nasty but necessary part of Liverpool’s effervescent club scene. A place where we all have memories and every single one of them is hazy. They’re memories of warm beer, acidic alcho pop’s and mechanical surf boards in the middle of the room that stretched you, your level of intoxication and chequered pair of Vans to the limits. Memories of Reef, Bacardi Breezer and VK. The Krazyhouse is like an apprenticeship in nights out and a place that destroyed many livers as well as people’s fear of Goths. 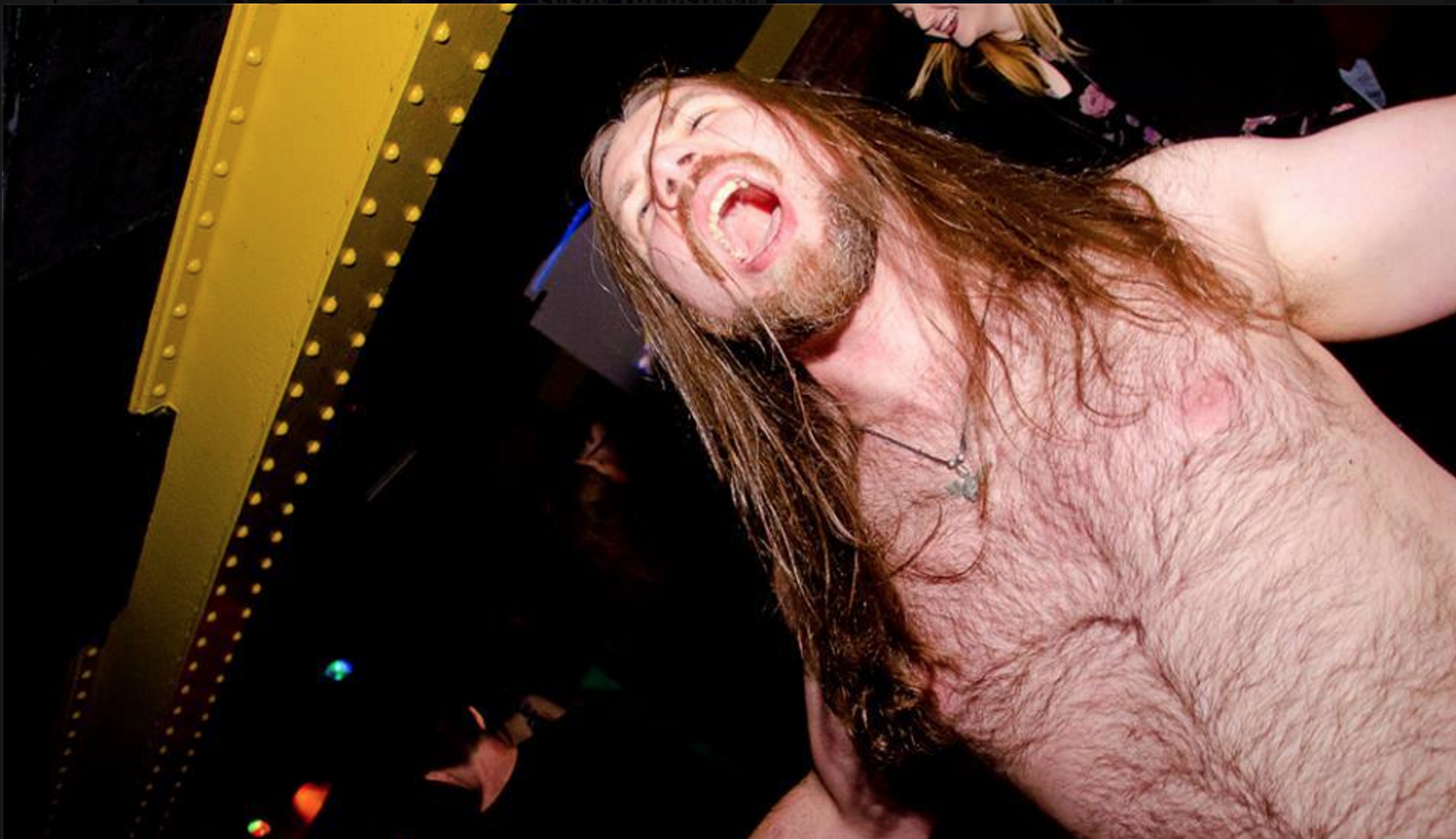 Why is it that that our first illicit drinking hole, nightclub or lover is always the dingiest mistake we make, and one we always go back to and why is it we all can’t help but love The K? People love to belong to something, and at one point, we all belonged in The Krazyhouse. Whether we were downing sugary VK’s that would stain our t-shirts and souls forever or standing in three inches of piss in the toilets, we were going through this mad little journey called life together. There was no pressure to fit in, in fact, the weirder you were the more of a legend you became. Just like the guy with the red dreads who we’re pretty sure misses it more than us. If you’re reading this, have a Fosters on us. The Krazyhouse falls under the “it’s so bad it’s good” category and you know what, we wouldn’t change it for the world.