Meet the Adam of Adam’s Apple – his name’s Doug, or Dougie to a lot of his regular customers.

On 12th December 1969 the Traynor brothers (Doug and Roger) first opened their doors in a new precinct in Maghull. Business boomed, Doug tells me that there was even police control for the huge amount of traffic generated from the stores, leading them to open more shops around Liverpool. 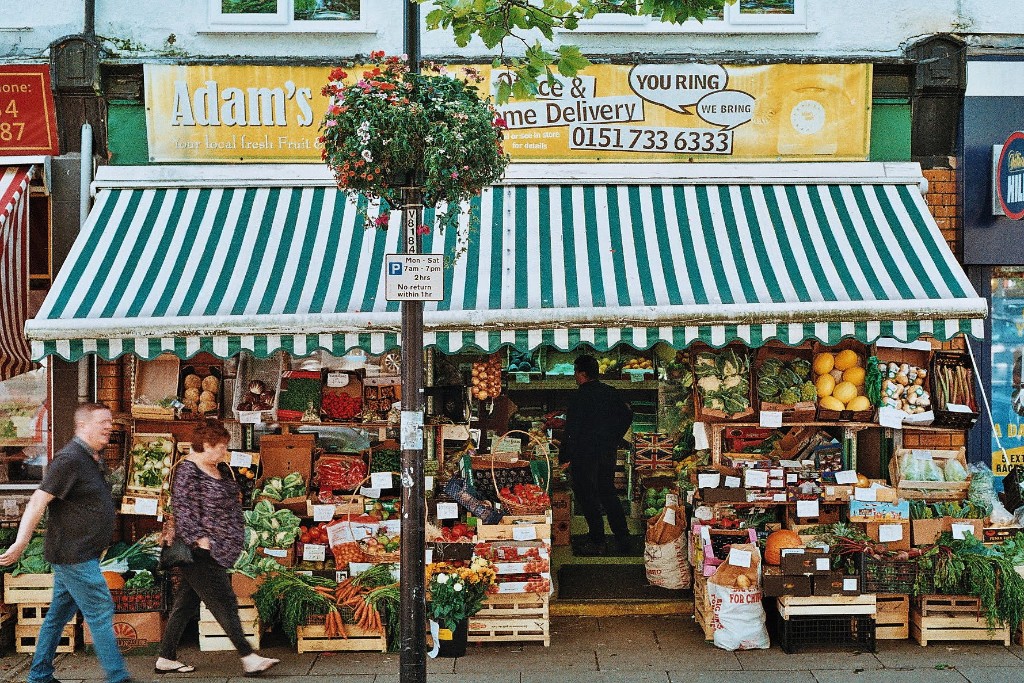 The shop at 132 Allerton road has now been open for 35 years and is Doug’s last remaining shop. He works six days a week, getting up around 4am to get the produce fresh from Preston Market (Doug says he’s like a kid in a sweet shop and always buys too much…) before heading to the shop for the long task of re-stacking the complex structure of fruit and veg displayed outside (harder than you’d think!). Later on he goes to Ray’s bakery a few doors down for a cup of tea, and often brings back treats for the staff. When asked about his business and how he feels about it all, Doug says that the shop is the only thing he knows how to do now: “It’s my life”. It is neighboured by a butchers, fishmongers and a bakery on a little leafy strip of road set back adjacent to the main road with its many restaurants, bars and cafes. 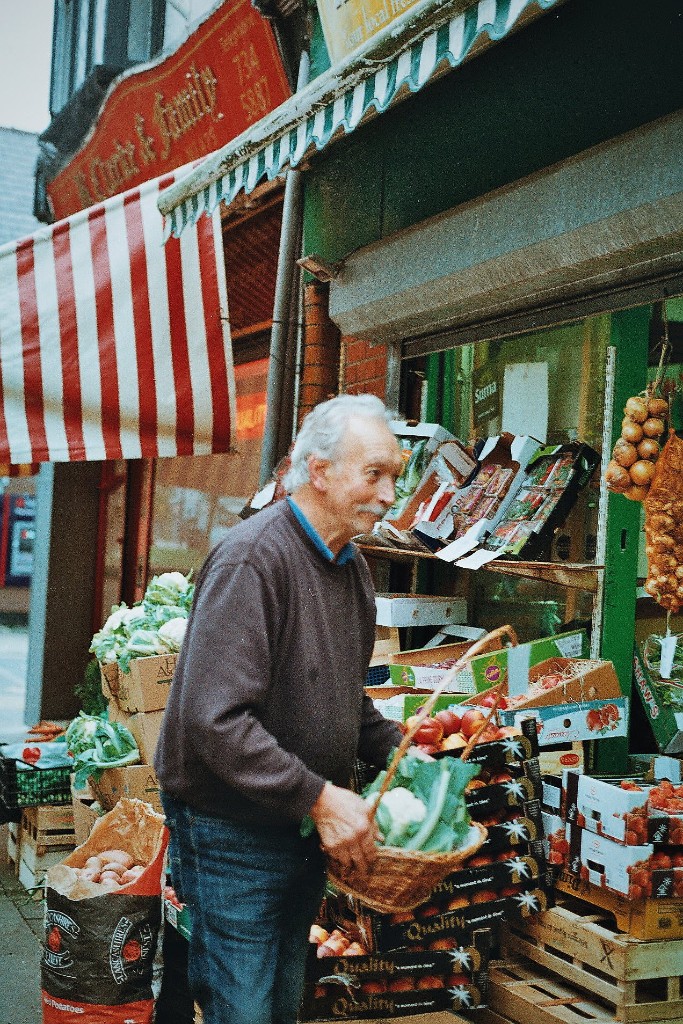 Over the years there’s been many special guests. Ken Dodd being a local customer, Nick Clegg (when he was vaguely likeable) shaking Doug’s hand, and that a ‘Come Dine With Me’ episode was shot at the shop. There’s also hundreds of jars upstairs which were once used for the famous pickled onion recipe loved by many customers and sent all across the world. Then there were more serious stories such as experiencing the tension of the Toxteth Riots, losing power due to the miner’s strikes, or being evacuated from one of the business’ little shops in Central Station due to IRA bomb hoax’s every few minutes. The business has seen it all. Things have come and gone. New card payments have been introduced to the shop and after a long, long time they’re even about to go contactless.

Business has changed a lot in the last 50 years; with superstores and chains dominating the high street and online shopping overtaking them all. The high street is dissolving into Poundlands and empty shops, when it was once a point of social interaction for the community. However, Allerton Road (thanks to the many independent shops) is still a place of interest for many people. There’s a sense of active social responsibility here, where people take the time to talk to each other and look out for one another. A place where people help carry older people’s shopping, help lift prams over the step, help the blind get their shopping. 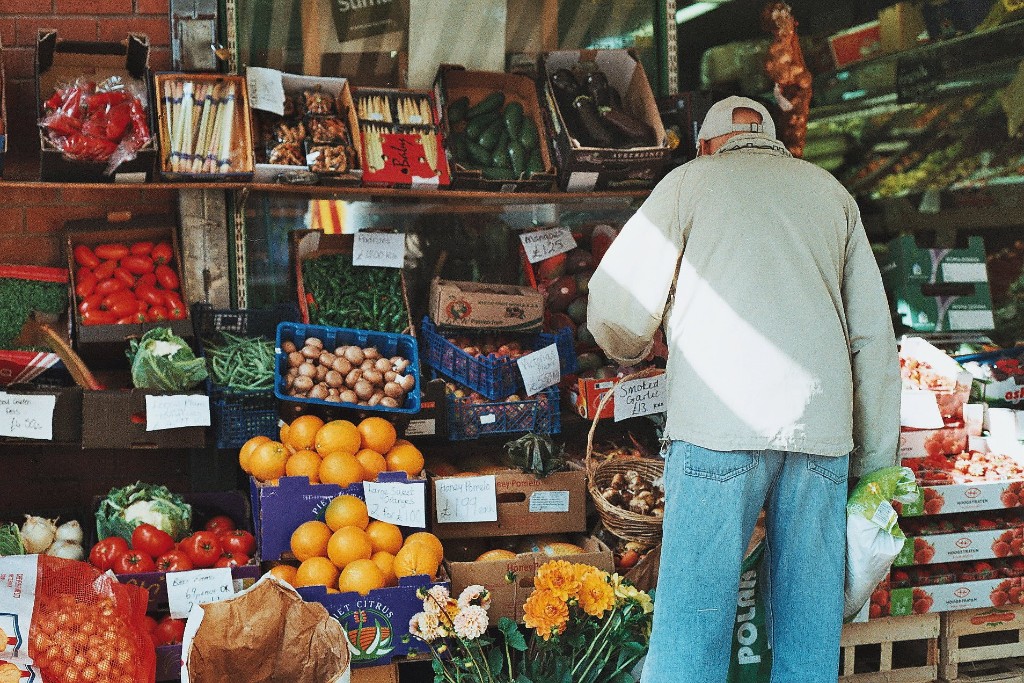 A couple of weeks ago a young girl ran into the shop and shouted “This is my favourite shop in the world!” says Doug. She was so excited about all the new produce, filling her paper bag with plums and apples, but was worried she wouldn’t have enough money. In fact, she was 13p short but he insisted it’s fine because she’s a loyal customer, so she left. Five minutes later, she ran back in with a 20p and when he gave her the change she popped it straight in the charity box. This is the kind of interaction our future should be built on. 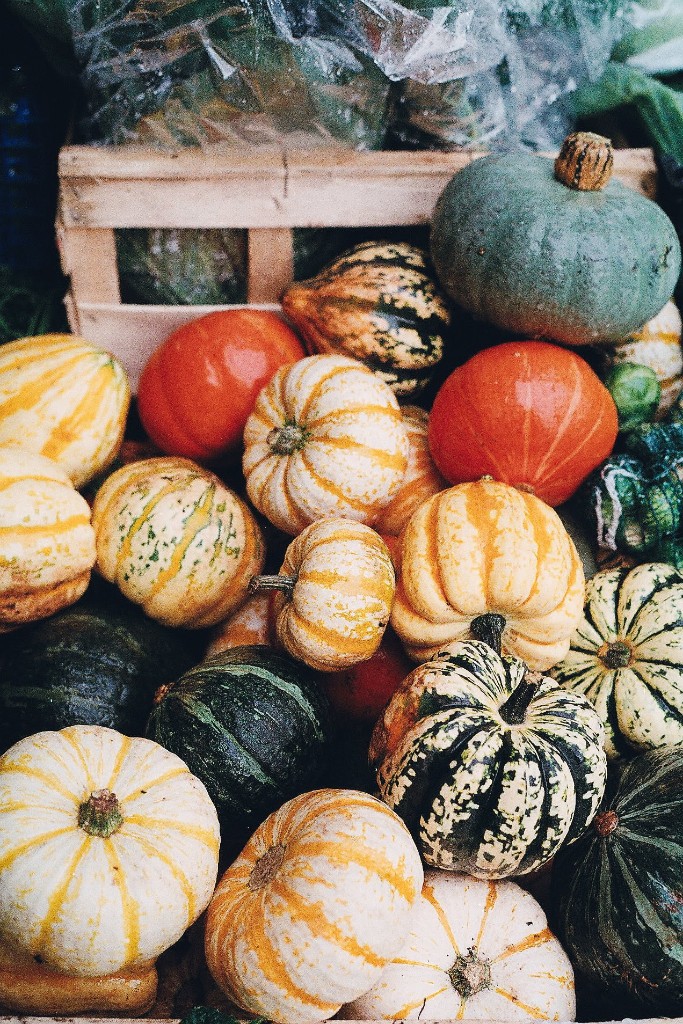 So whether you’re a regular or you’ve never been to Adam’s Apple before – do come along, say hello and join them for a Prosecco and orange at their shop on Thursday 12th December to celebrate the 50th Anniversary! And don’t forget to bear them in mind for your Christmas dinner supplies, and get your orders in soon if you’d like us to get them delivered to you. All year they provide fruit/veg boxes with free delivery, including their popular mystery boxes which include their own selection of best seasonal fruit/veg. They can also prepare well-presented gift fruit baskets which make a wonderful alternative for a reliable and well appreciated gift. It’s also a great option for an alcohol-free present or as a healthy and thoughtful gift for colleagues in an office.

What’s next for Adam’s Apple is planning another zero-waste re-vamp in the New Year by offering customers even more loose goods which can be filled into reusable packaging: such as cereals, oats, lentils and more. That’s one of the highlights of the shop: you can help yourself to as much or little produce as you need, meaning less waste and also less packaging. You can bring your own bags or use the paper bags in store. 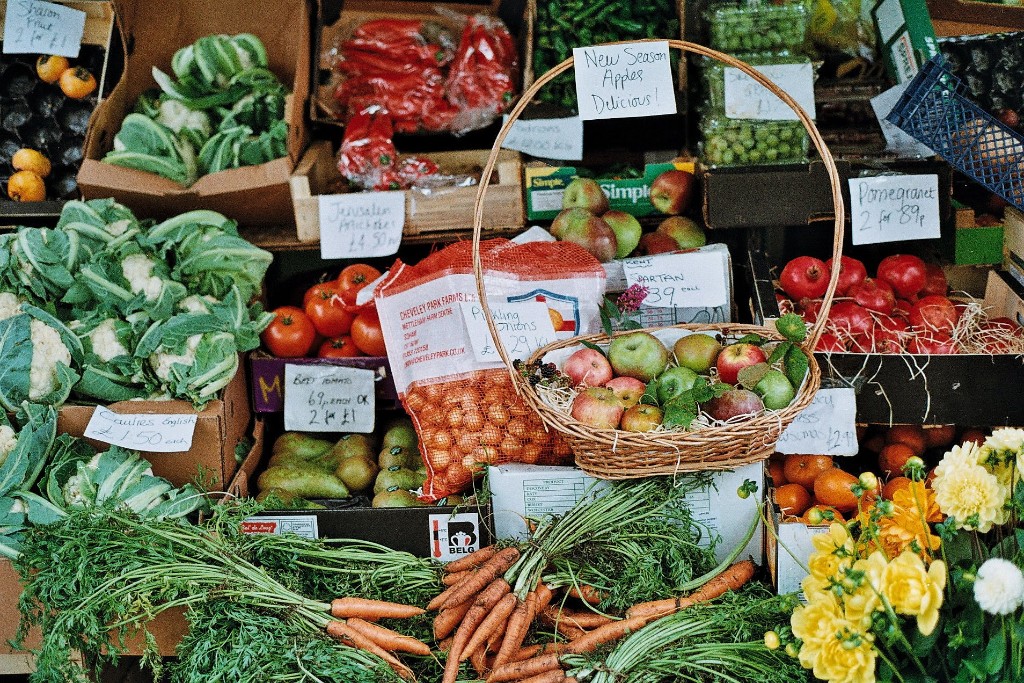 Please follow their Instagram @adamsappleallerton to see updates to find out their recipe of the month, you can also then buy ready-prepared ingredient and recipe boxes! This month is a crispy gnocchi with roasted squash, chestnut mushrooms, sage and a lemon & basil dressing.