To me, you are perfect.

Not only is a screening of Love Actually coming to one of Liverpool’s most beloved buildings, but it’s coming with a live orchestra on 27th November. No, seriously. It’s sure as hell one step up from watching it on the couch covered in discarded gold tin foil crying into a litre of Baileys. What? Just us?! The immersive experience sounds like the only way to spend Christmas this year but you’ll have to be quick, these are going to sell faster than hot toddies.

Located on Hope Street, snuggled between the two Cathedrals, The Philharmonic Hall is Liverpool’s fix for anything orchestral, cultural and comedic. It will be the beautiful setting for the evening. The Philharmonic Hall is one of the most loved and recognisable landmarks in our city. It’s over 170 years old, making it even older than the iconic Liver Buildings. Interestingly, the current Grade II listed concert hall is not actually the original hall – the original hall, built in the 1800s for the Royal Liverpool Philharmonic Society (now the oldest surviving orchestra in the UK), was destroyed by a fire in the 1930s. But like a Phoenix, the art deco concert hall rose from its predecessor’s ashes and has been standing proudly ever since. 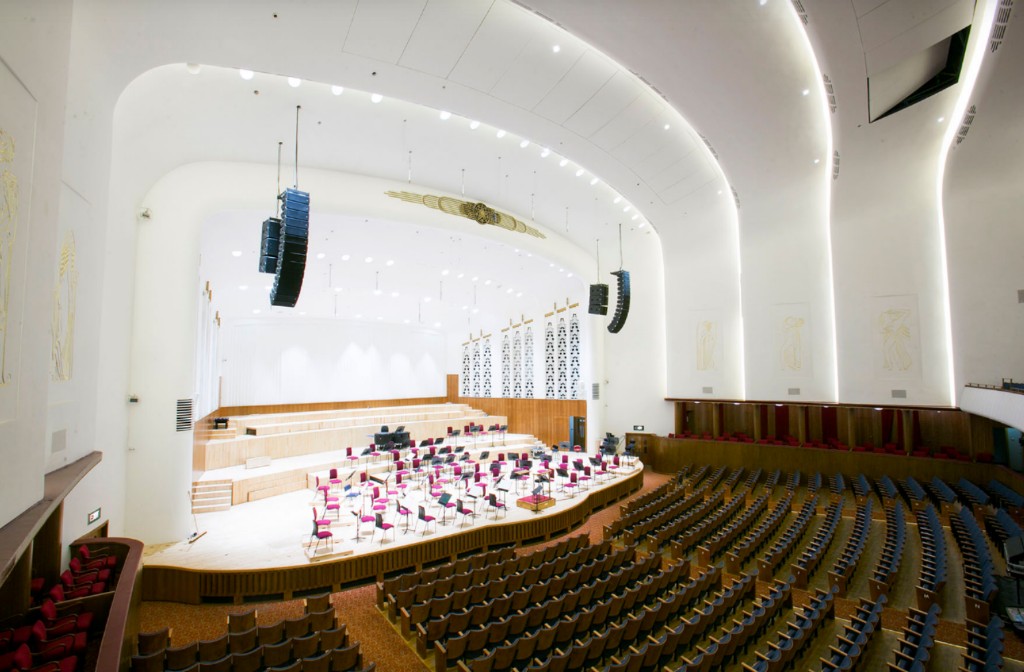 It has become well-known for the stunning mixture of film and orchestra, especially around Christmas and Halloween and this one sounds like it could be the best yet. Love Actually is the unassuming Christmas film that has become as much a tradition to watch it as it is to light up the tree. It’s cheesier than a Nolita Cantina burger and that’s what we love about it. The idea is to articulate, that even in these cynical times, love is actually all around us and to illustrate it follows nine ongoing stories with everybody’s favourite bumbling British man Hugh Grant, Colin Firth, Liam Neeson, Emma Thompson and more. Hearts and flowers, laughs and cries and lots of love.