A Guide to French Liverpool

by Independent Liverpool Published: 10th May 2018

The famous Fete Le Vin in France’s wine capital of Bordeaux is widely regarded as the leading European wine event – and it’s UK debut will be in, you guessed it, Liverpool. The stage for the event will be Liverpool’s beautiful waterfront – not bad, eh? A bottle of wine on the waterfront watching the ships come in. Oh, you cultured bugger.

The Bordeaux Wine Festival will take place in Liverpool on the final May bank holiday weekend and will coincide with the spectacular Three Festivals Tall Ships Regatta. To celebrate such brilliant news for the city we decided to take a look at the current French scene in Liverpool’s bustling independent scene. From macaron shops to big beefy burgers – here’s our guide to French Liverpool.

‘Maray’ is named after the bohemian district ‘La Marais’, a place renowned for its abundance of falafel shops, small plates and eclectic cocktail bars. It was here that the friends stumbled across L’As du Fallafel (The Ace of Falafel), the most famous falafel joint in Europe. After queuing round the block at midday to try the world famous falafel and being taken aback by the quality and taste they knew they had to bring the concept to Liverpool with their own twist. Fast forward a few years later, the award-winning Maray has received the highest of praise from acclaimed reviewers, has opened another restaurant in suburban Allerton and people can’t get enough of the food. 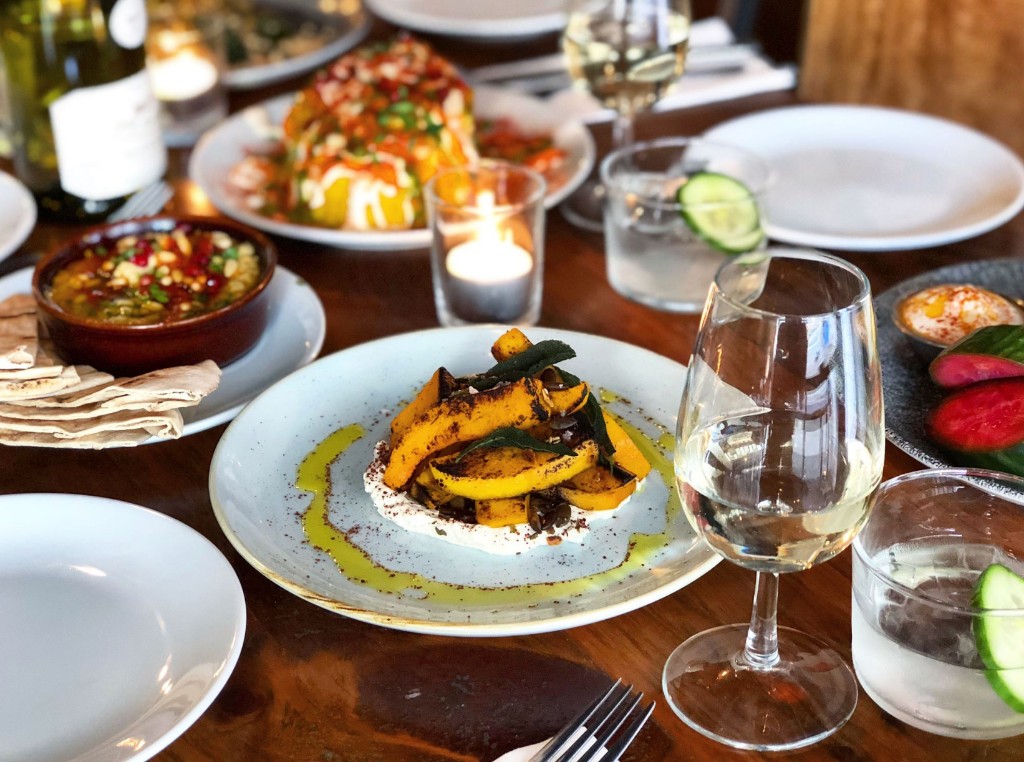 You haven’t seen something be so proud to be French since the host on Channel 4’s First Dates opened his mouth. Daily fresh pastries, some even dripping in the French tricolour, are proudly paraded and meticulously placed in the see through counter in typical Parisian style. From the breads to the cakes and the macarons to the croissants – it doesn’t get much more French (or delicious) than this. 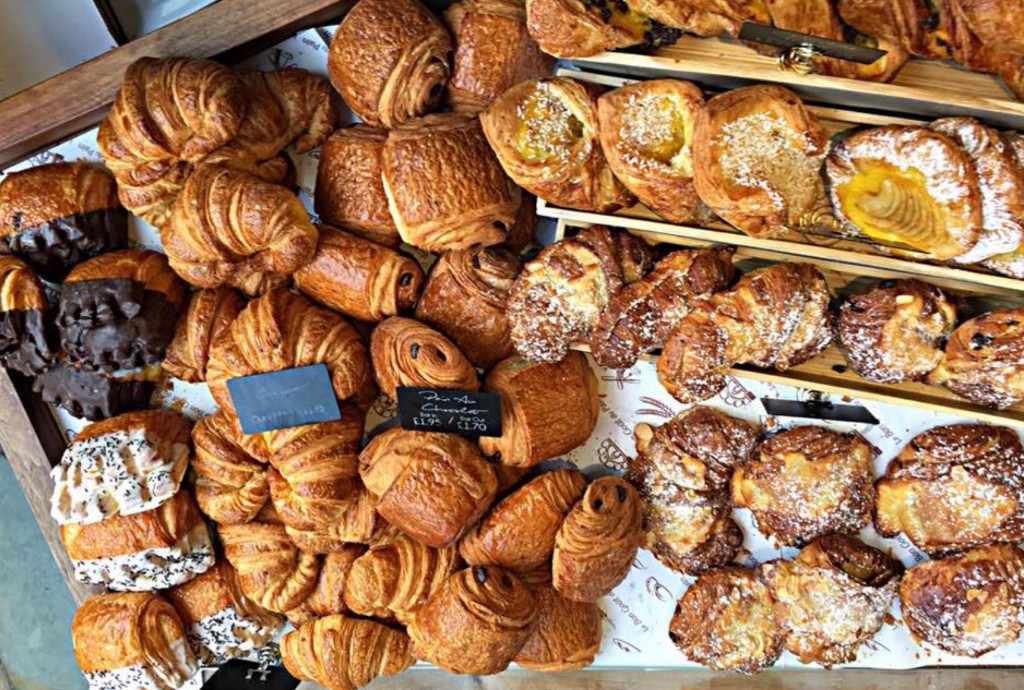 Not going to lie, Free State Kitchen isn’t the first place that came to our mind when we were writing this but bear with us. Think of the best burger you’ve ever had. Fond memories? We bet but even your best burger memory is nothing in comparison to the Double French Onion Burger at Free State Kitchen. Perfectly seared beef, French mustard, garlic butter, and a pile of soft onions and fromage. That means cheese in French, by the way. 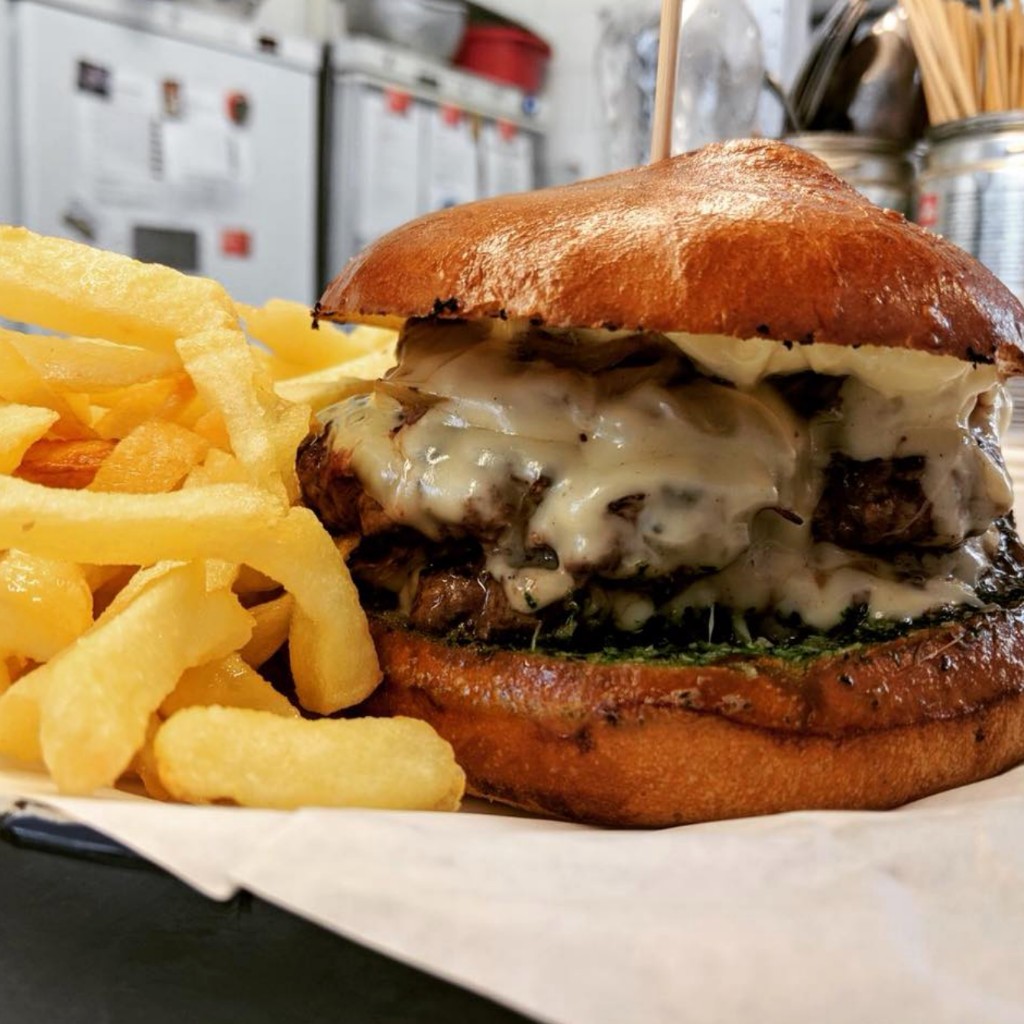 Caveau is the French word given to a small cellar used exclusively to house the finest of wines. An apt name for this establishment as Caveau, a small, intimate restaurant by Chef Dave Roberts, provides the most exquisite of dining experiences. The warm modest interior is the perfect setting for a relaxing dinner while sitting only forty covers at a time, you will feel a sense of exclusivity lost within larger establishments. True to its name everything from the service to the food is unmatched, each dish having been uniquely designed and intricately prepared using only fresh produce creating contemporary flavours you would be hard pressed to find anywhere else outside of France itself. With good reason, it has become a much loved corner of Woolton. 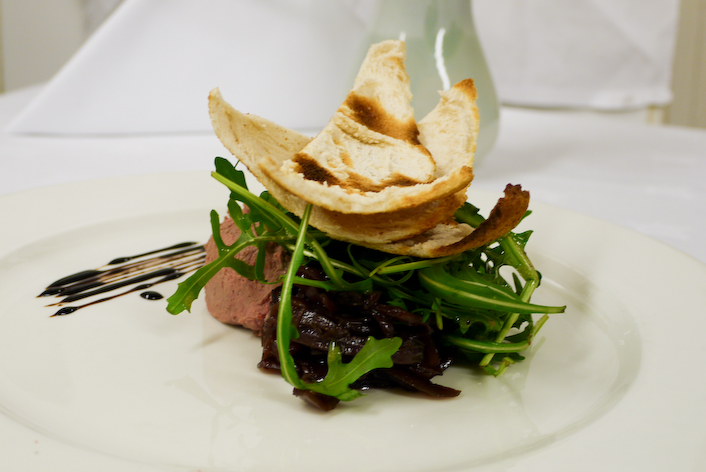 Bistro Jacques delivers in true Gallic style. This rustic French restaurant is situated on the corner of Hardman Street and Hope Street, in the heart of theatre land and the university district. The décor has a classic bistro feel with wooden tables and chairs, candles in wine bottles and walls smattered with prints by French artists. The warm, friendly and inviting service is accompanied by traditional French music helping create a vibrant and bustling atmosphere. The menu boasts some classic French favourites such as Coq Au Vin and Boeuf Bourguignon. 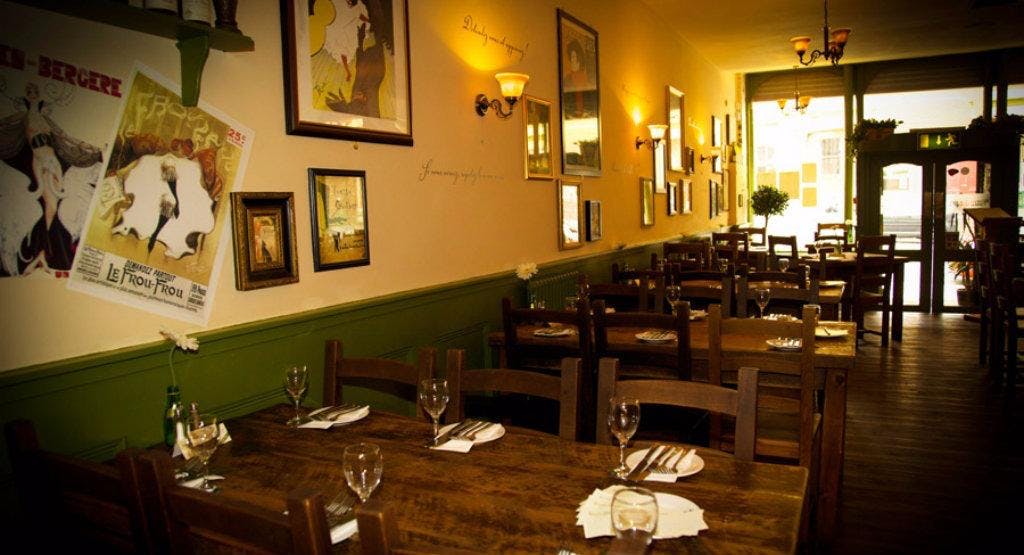 Out of the list, this is the most French sounding and fun to say. The corner of Berry Street, previously operated by Yardbird, has been given a fresh lick of paint and some love and wouldn’t look out of place in the Marais district of Paris. Wine, cocktails, cheese and board games are what they specialise in and they even have live jazz bands over the weekend. The look itself of the cafe sells itself – some of the prettiest frontage and font work we’ve ever seen. It’s the kind of place where one glass of wine turns in to a bottle and an afternoon turns into the evening. If Wes Anderson ever ventured in to the world of Parisian themed coffee shops in the North West of England – we’re in no doubt he’d use Petit Cafe as inspiration. 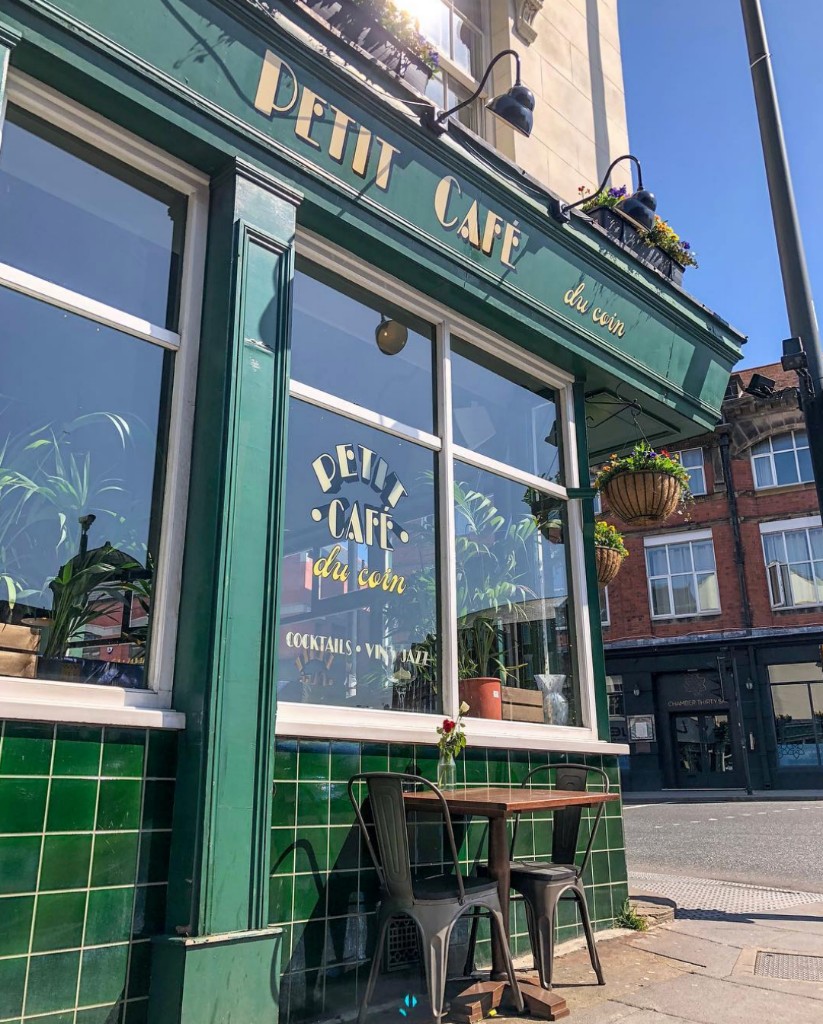 Crosby and Waterloo are alive and kicking. There are jewellery shops, fine dining, killer afternoon tea and would you believe it, Liverpool’s first Mecca of macarons. We’re not just talking about a regular pastry chef, we’re talking about a man who invented the ‘Maclair’, a hybrid between a macaron and an eclair. A stroke of genius that is now imitated all over the world. Little by name but big on quality – the charming Little Macaron Shop is the kind of place where you’re planning what to get on your second visit in the middle of your first visit. 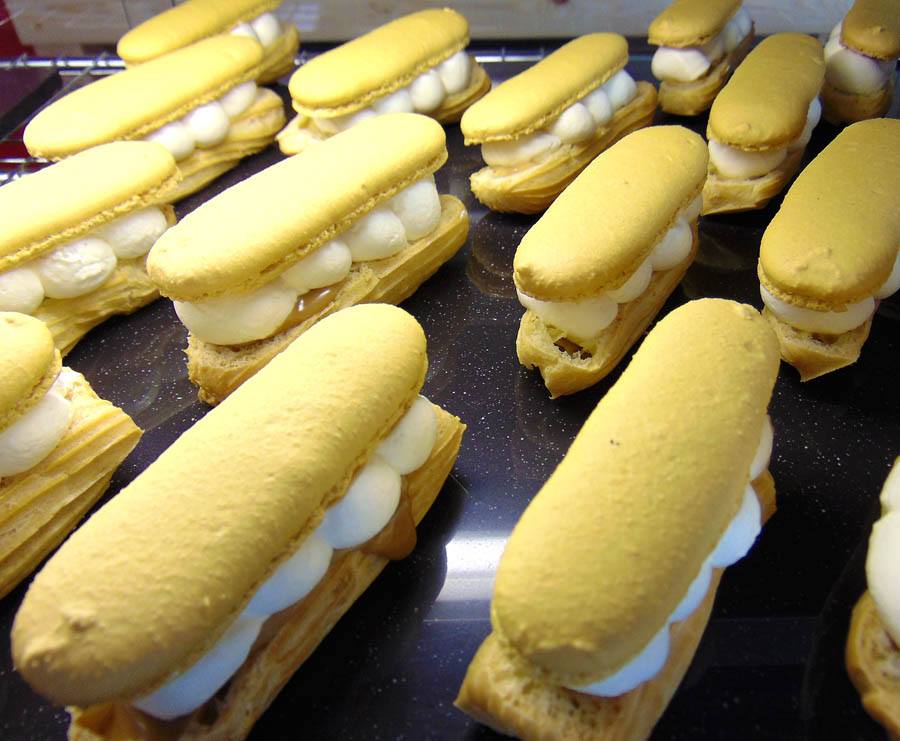 A couple of months ago Chef Patron Paul Askew and his team opened up Art School Cellars – a bespoke Champagne and wine hideout just over the road from his highly revered restaurant. Inspired by Pinchos of the Basque Country, the delis of Italy and the drinks of France – it’s a microcosm of European giants where they want their customers to graze through the evening. They also have a great selection of Bordeaux wines that are cheaper than you think and regularly host wine tastings for those wanting to learn more. 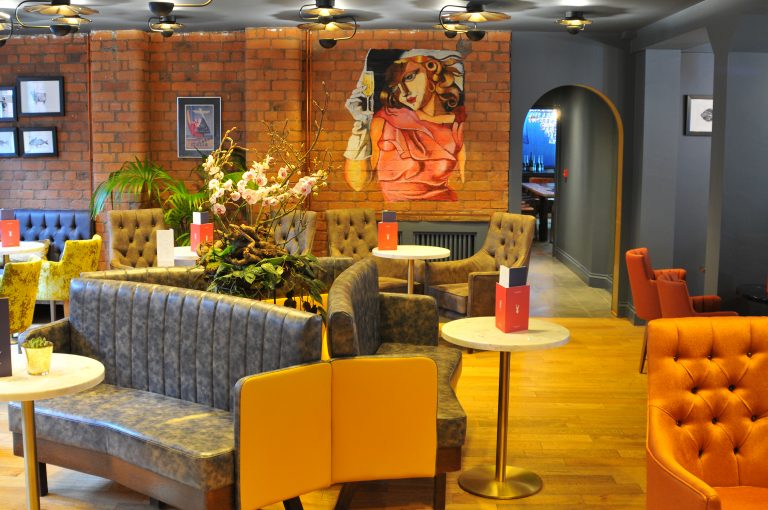 Previously a sea food restaurant, the name is the same but the menu is different. Rather than being reborn it has evolved into one of Liverpool’s best bars. It is just off Fenwick Street, down a mysterious and intriguing stretch of cobbled wizardry that has likeliness to Diagon Alley. Inspired by the groovy 70’s, this is a place where turtlenecks and dodgy moustaches are not only allowed, they’re encouraged. The jungle wallpaper on the roof is the actual wallpaper that Elvis Presley had in his New York hotel and there is an array of intimate booths or tables for you to take your pick from. They have some of the best cocktail makers and shakers in the city and we recommend a French Martini. 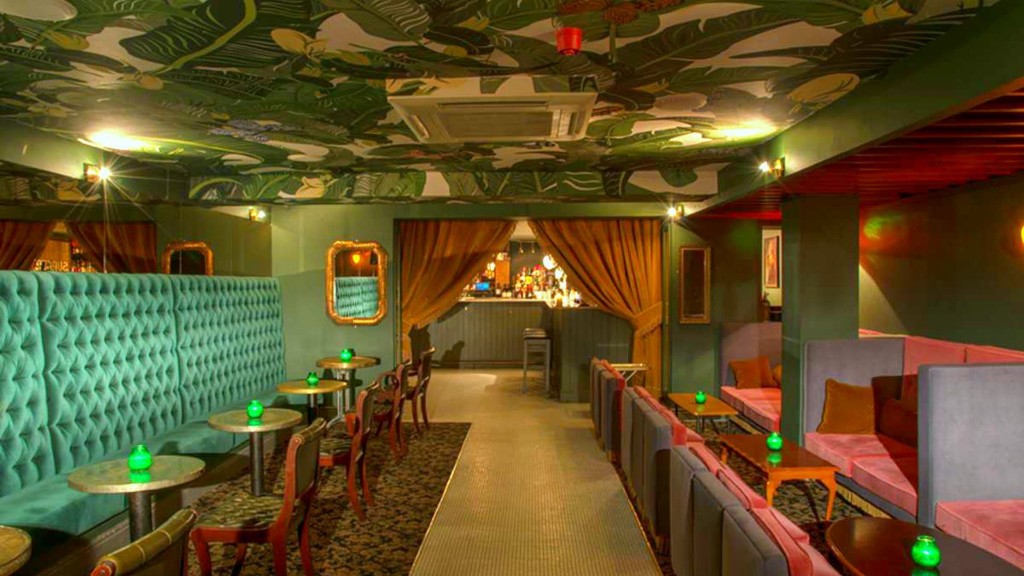 The Chancery Bar, Restaurant and Coffee Shop is at the end of Paradise St and just 2 minutes walk from John Lewis, Liverpool One. The food served in the bistro offers you the best taste of what Liverpool and the North have to offer with menus changing with the seasons with an eye on what our region has to offer. The Chancery isn’t a bar, wine merchant or restaurant – it’s a mix of all three. One of their main aims is to get people as excited about wine as they are and they also stock Bordeaux wines. 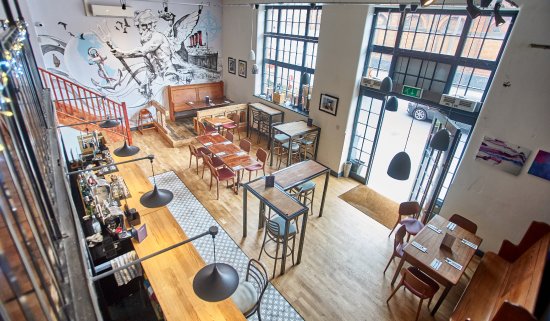 The Liverpool Cheese Company is Liverpool’s finest purveyor of specialist and artisanal cheeses, and with such a wide and varied selection they have something for everybody’s taste. You’ll find them in the perfect setting for such a company: a Grade II listed dairy in Woolton Village. This oldeworlde setting would make you think that you were far away from Liverpool and instead in a little farmer’s shop in Cheshire – in fact, the older generation who live nearby will probably remember the cows being walked up the road for milking. This perfect setting only adds to the authenticity of the love and passion the team has for a foodstuff which predates recorded history. They always have a great selection of cheeses and Vickie or Ian would be happy to talk you through them. 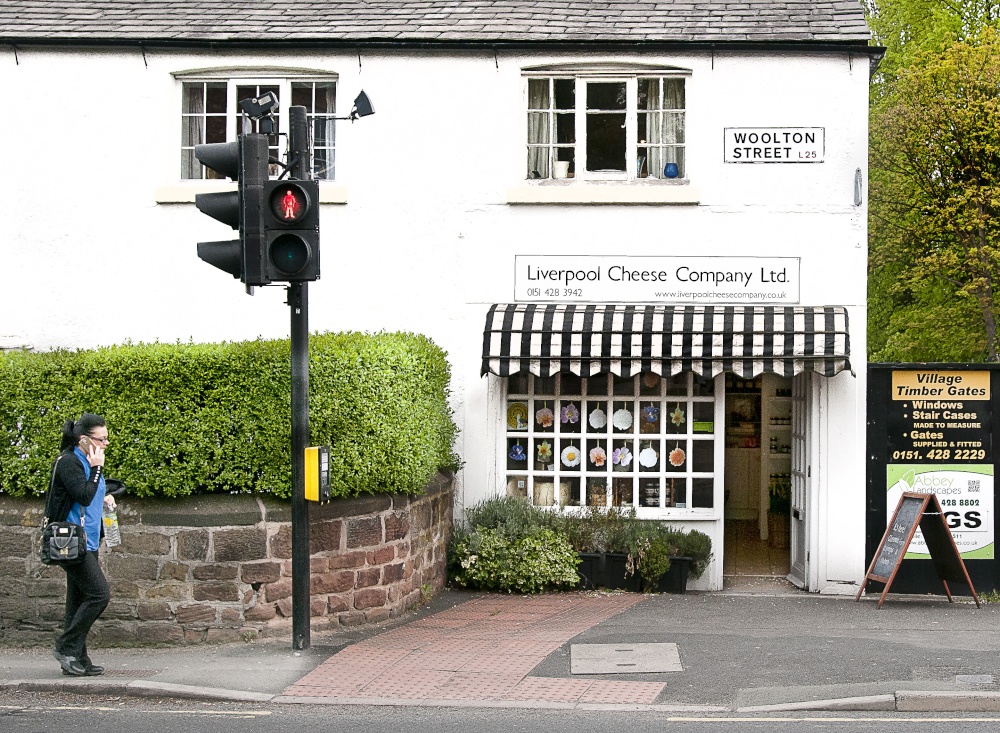 If you’re late to the Wreckfish story, it has followed Gary Usher; restaurateur, entrepreneur and pyromaniac. They first took the derelict 19th century watchmakers building and turned it in to a pay what you event for two weeks. After that, somehow, Gary managed to raise over 200k on Kickstarter to make the bistro a reality and it’s knocking out some of the best and most exciting food in the city. Although many of dishes exemplify traditional French style cooking – we’re a big fan of the confit duck leg that melts on the tongue. 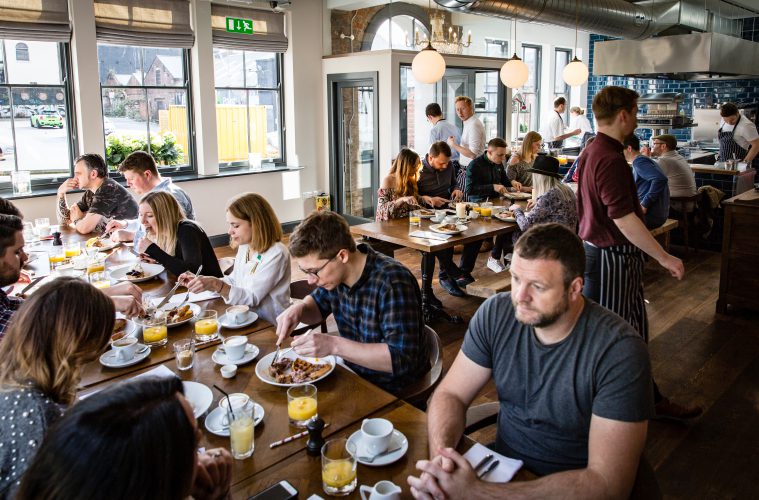 Based on Brunswick Quay, Delifonseca is quite simply a foodie haven. Back in the bad old days, us foodies had to search high and low and travel vast distances in sometimes turbulent weather to gather such an array of goodies, but Delifonseca have collated all these products together so we can spend less time searching and more time eating. There is a sense of adventure kind of like entering a library with Delifonseca as each piece unveils a story behind it. They have a great array of French cheeses, wines, macarons, biscuits and so much more. They also host wine and cheese quiz nights so y’know, they’re pretty boss. 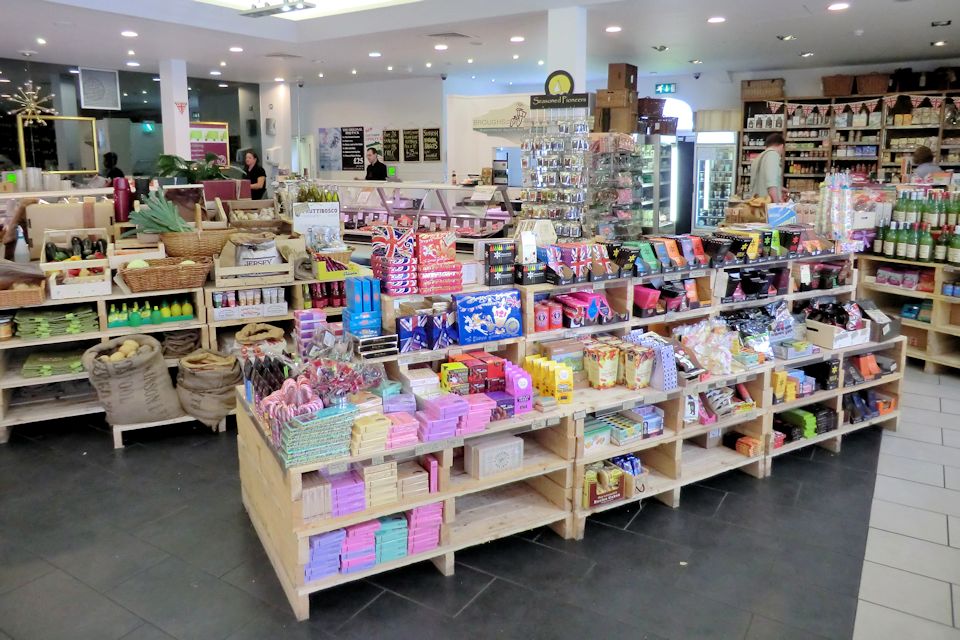 We could have gone on and on but hopefully you get the gist. Let us know if we’ve missed anything out!

If you fancy finding out more about the Liverpool Bordeaux Wine Festival you can visit the website here. Get your tickets quick – don’t make a pour decision and leave it until last minute!