If you’ve paid a visit to New Brighton recently you won’t fail to have noticed that a not-so quiet revolution is stirring.

Set back from the main drag of the seafront is the Victoria Quarter, a network of picturesque period roads bordering Victoria Road, the town’s original High Street. From last October, giant pieces of street art have begun to appear in the vicinity, commissioned by local company Rockpoint Leisure, marking the start of their plans to help regenerate the road and the wider area.

The company, which has been set up by local businessman Daniel Davies is aiming to breathe new life into the neighbourhood, and establish it as a new cultural heart for the town, championing its diverse independent credentials. The building at the centre of Victoria Road which features the brown bear mural will become ‘Oakland’ – a Californian-inspired bar and restaurant with live music and events at its heart and is due to open late Summer. Music will also be the primary offer at the old Tallulah’s / The Corner site, which is set to become ‘Rockpoint Records’ – a vinyl record store, ticket office and bar. 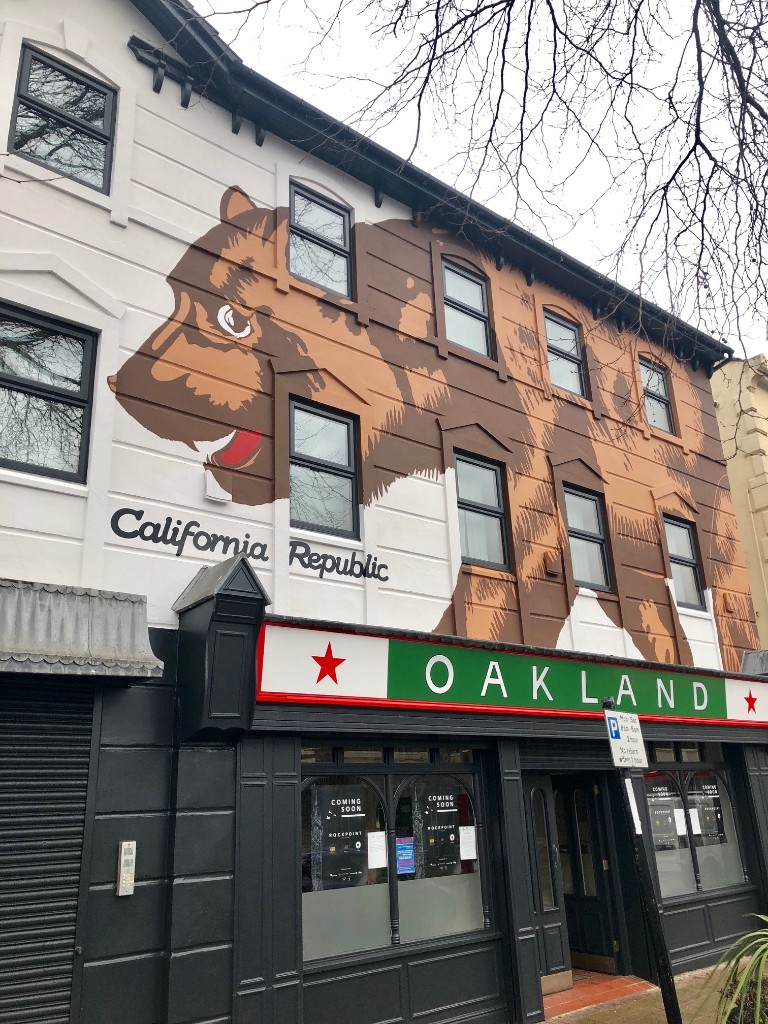 A mural of Dr Martin Luther King Jr on the neighbourhood’s Hope Street was the most recent unveiling, and was created by a group of International artists to mark the 51st anniversary of the civil rights leader’s assassination – his message and his activism through non-violent means remaining an inspiration to people across the world to this day. Rockpoint’s regeneration strategy includes the commercial revitalisation of New Brighton’s original High Street, and the company have already purchased a number of empty and derelict buildings and are working on a variety of retail and hospitality concepts which will benefit locals, as well as generating footfall from visitors. 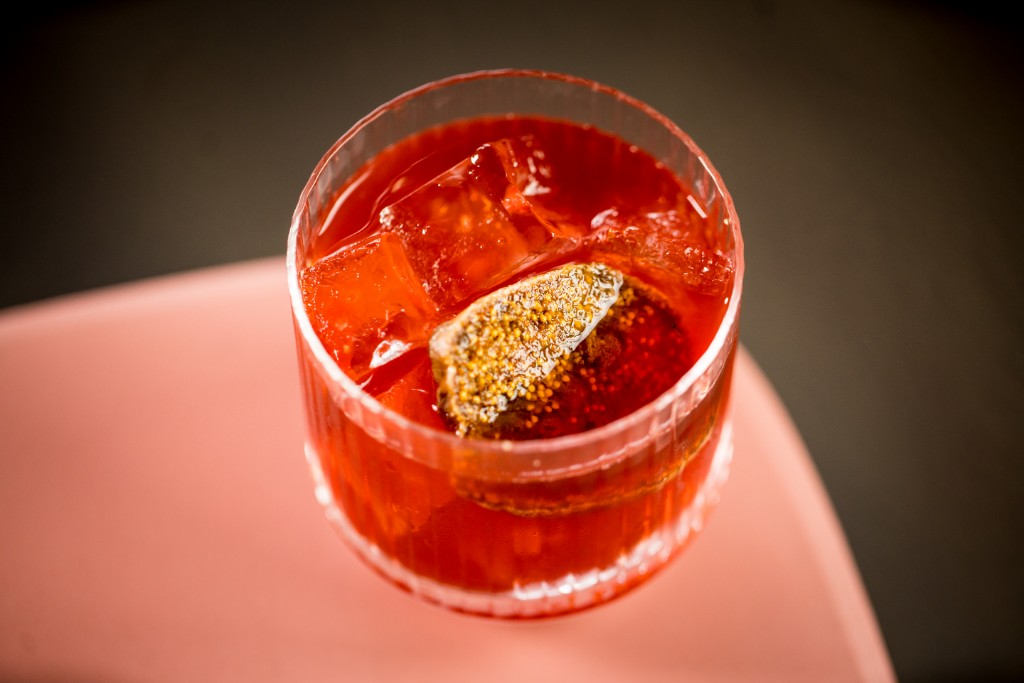 Recognising the independent equity of the area, (in contrast to the offers for example on the town’s seafront,) they are looking to amplify and compliment the existing bars, restaurants, shops and cafes, as well as concentrating on public realm improvements and a programme of year-long scalable animation and events to drive footfall to the area. Rockpoint Apparel on the corner of Victoria and Rowson streets is the company’s first retail outlet and has been trading since December last year, bringing together four established online brands in their own bricks and mortar store, stocking independent labels The Doll Club and Bearded G, alongside international names such as Versace, DSquared2 and Valentino

Joining the store are two exciting hospitality concepts, which have opened this month. The first of these, Habibi, is a confluence of cultures, where eastern eats meet western beats. From Brooklyn to Beirut, this constant play of influences shape the venue’s offer, where urban graffiti mixes with traditional Arabic calligraphy, handmade tiles with rough-hewn concrete – all set against a soundtrack of global Hip Hop artists. 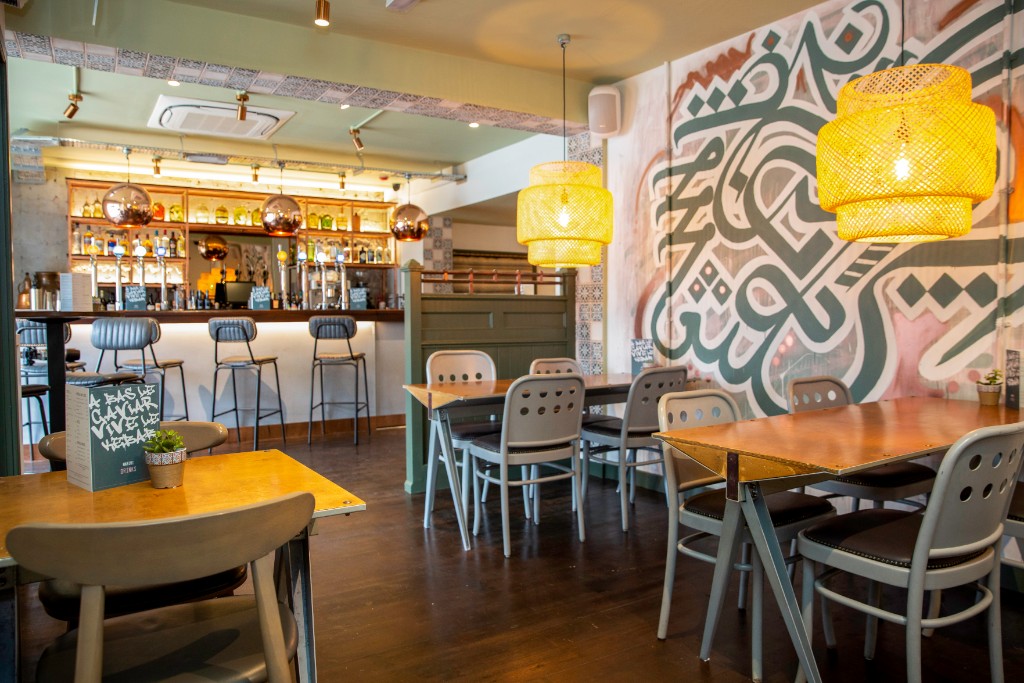 Food comes from the Middle East and North Africa; with deconstructed kebabs grilled over charcoal, served with home-made flatbreads, and indulgent Meze platters to share. Traditional cocktails are delicately scented with Rose, Tangerine and Pomegranate – which sit alongside intriguing limited-edition canned beers, premium draught lines, as well as specially selected wines and fizz. Set on the road’s ‘town square’ and in contrast to Habibi, stands The James Atherton pub. Formerly known as The Railway, the pub has been completely redeveloped with a significant £390k investment by the pub’s owners, Punch.

Works have transformed the pub into a ‘modern British tavern,’ and the name change is in recognition of the resort’s nineteenth century founder, whilst the proposition is a nod to the grassroots workers and Northern day trippers who came to New Brighton over the past two centuries. Working in partnership, Rockpoint Leisure and Punch have created a simple, traditional, warm and welcoming venue which is reminiscent of an age where there was a pub on every corner, offering great ales and craft beers as well as guest lines. 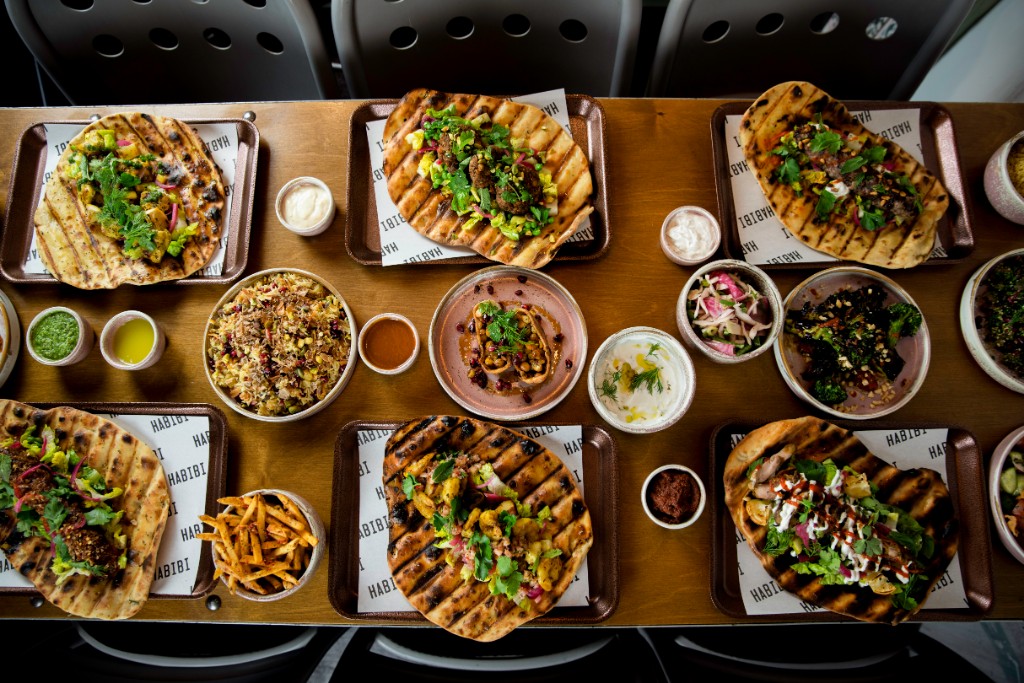 Designed to appeal to both the local community, tourists and visitors the town, The James Atherton is also home to a permanent collection of photographs of New Brighton, from the archive of digital heritage specialist Richard Jackson, a Wallasey resident since birth, whom Rockpoint have worked with, to promote the historical aspect of the town.

We discussed the development strategy with CEO of Rockpoint Leisure, Daniel Davies who also gave us some background to the project:

“As a long-standing resident of New Brighton, I have grown increasingly frustrated in seeing the decline of this part of town – from boarded-up shops, vandalism and littering, to low-level crime and even the growing isolation of parts of our community. I’ve wanted to do something about these issues for a while, and recently I found myself in a position where I realised I could make some tangible changes, and created Rockpoint Leisure. Our vision was born out of my personal passion for New Brighton, its history and for the future of the people who live, work and visit. We’re looking to embrace the neighbourhood’s existing proposition of being home to a variety of small but proudly independent businesses, building on what we already have, and creating a new cultural hub for the town.”

Ian Richards is Rockpoint’s Group Brand Director and business partner of Davies, he was part of the original team who launched Camp and Furnace in the Baltic Triangle in 2011 and went on to head the brand for a number of years. More recently he has been involved with other regeneration projects, notably the city’s Fabric District, within the University’s Knowledge Quarter, as well as consultancy roles and directorships for a number of leading national hospitality companies. 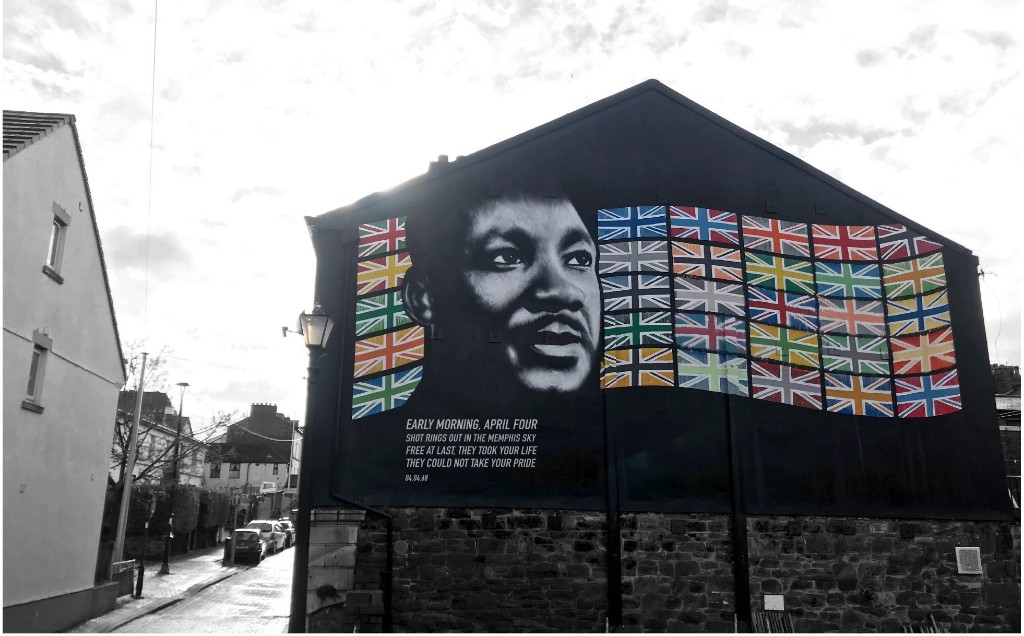 “There is great potential for Victoria Quarter to become an exciting, vibrant and dynamic asset for New Brighton, both as a diverse and buzzy neighbourhood and a cultural tourist destination. In developing the area we are also increasing employment opportunities and looking to improve social mobility, creating premises that promote inclusiveness and diversity. Under the new Victoria Quarter brand, which we have developed to unite the project, we are confident that the area will be a viable alternative to, yet complement the mainstream chains on the seafront.”

Both Habibi and The James Atherton are open seven days a week – for further information on Habibi, please visit www.habibibar.com or @habibi_new_brighton on Instagram.