21 Amazing Plates of Food in Liverpool Thanks To Different Cultures

Liverpool: a city built by immigrants and proudly stocked by scousers.

With a history so steeped in different cultures, especially Afro-Caribbean and Chinese, we’ve devised an ode to the many cultures Liverpool possesses. As food is the lens in which we use to see into a particular place or region, here’s 21 plates of food in Liverpool that you can eat thanks to the wonderful variety of life.

Whilst many believe scouse was made in Liverpool or Ireland it is actually a Nordic dish that became popular in many ports around the world. The word comes from ‘lobscouse’ and the people of Liverpool have made it their very own dish. It is kind of like Liverpool in the way it is so warming and comforting. 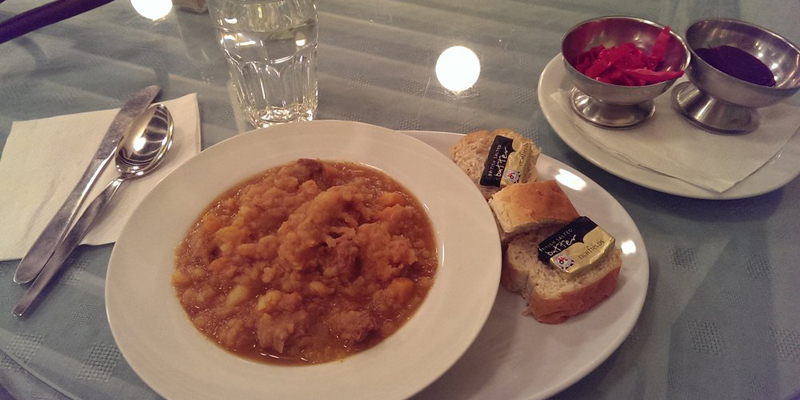 A man called Ragga who hails from Port Antonio left his recipes in the safe hands of a family who wanted to bring the Caribbean sunshine to Liverpool. Go and taste the jerk chicken. 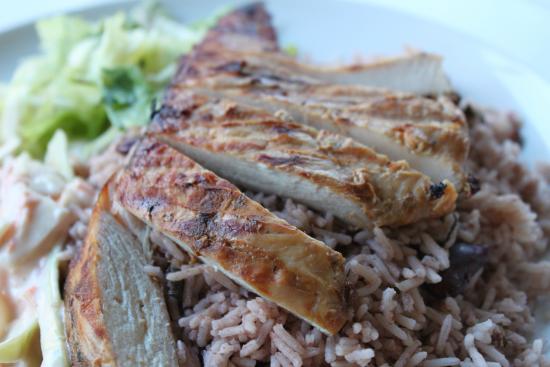 Tiffin tiers are a staple in Indian culture. A compact, portable, homemade lunch full of delicious meats, veggies and sauces that has been the fuel for India for some time now. The tiffin culture has started a legacy and you can find one on Bold Street and Water Street. 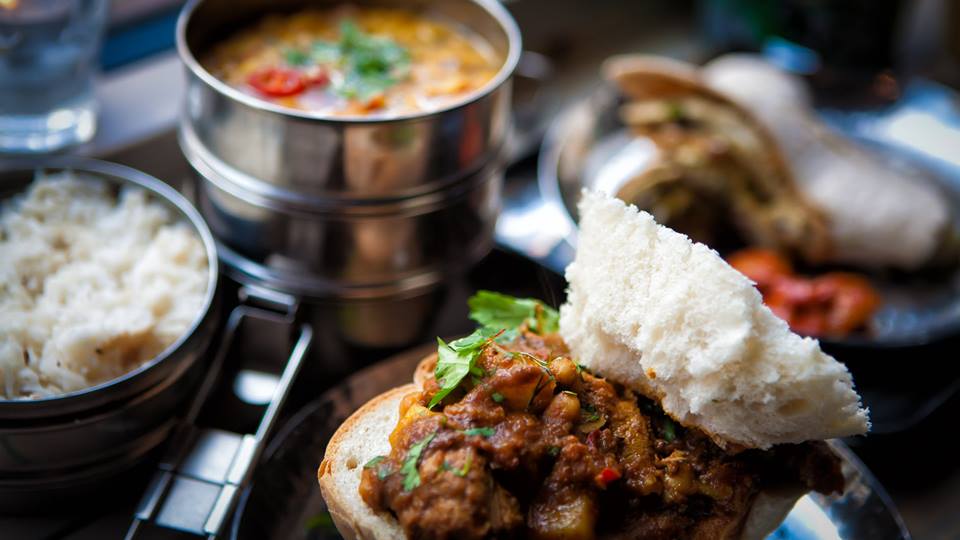 Inspired by the boot shaped land is Il Forno, an Italian restaurant on Duke Street. Whilst commonly known for pasta and pizza, we love everything about the anti pasto. We love the fact it encourages people to talk, share and enjoy slices of fresh meat, cheese, veggies and bread that are so fresh and delicious. 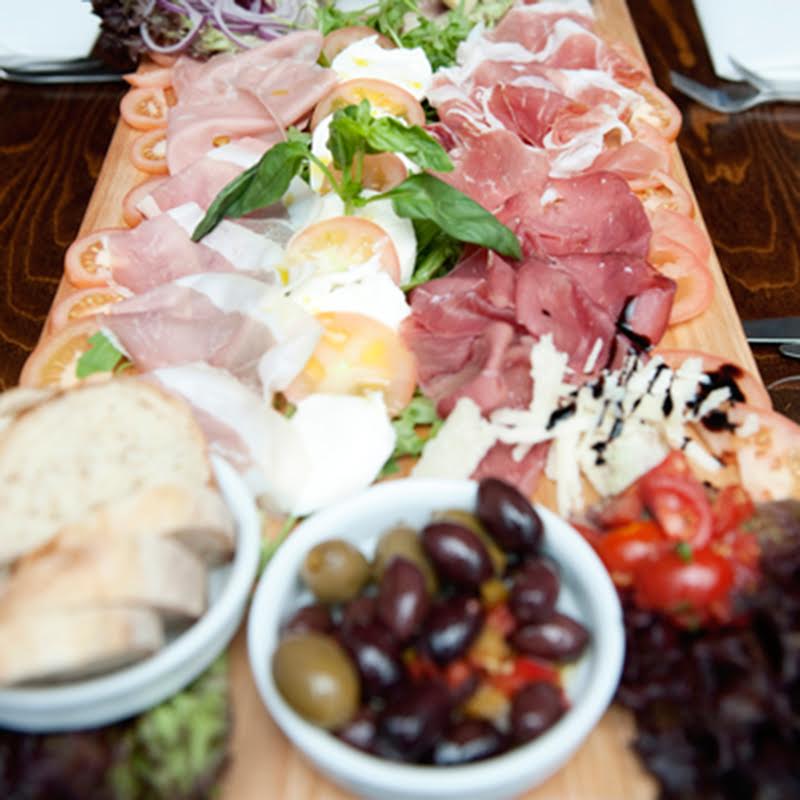 Liverpool’s Chinese Arch is the biggest outside of China and we have the oldest Chinese community in the world and Yuet Ben is a legendary cornerstone of that community. The owners are just as amazing as the food and we often find ourselves returning for a late night crispy chilli beef. 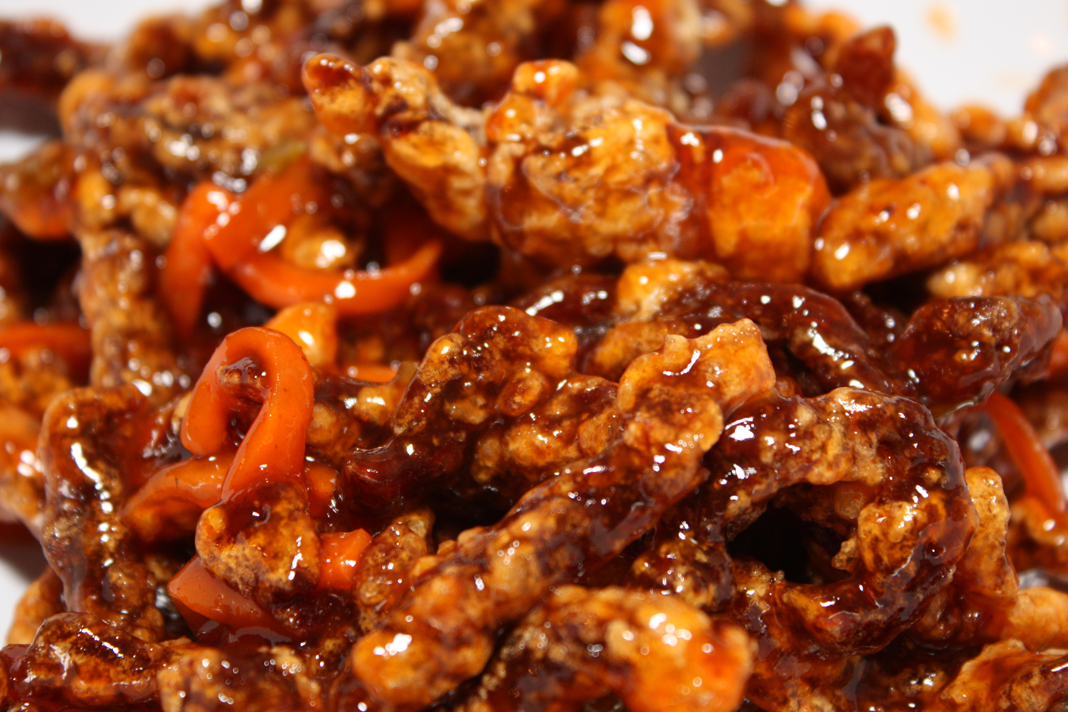 If you expected sombreros, cacti and stuck-on moustaches you came to the wrong place. Lucha Libre offer an authentic experience of the real Mexico and their soft shell tacos are a good place to start. 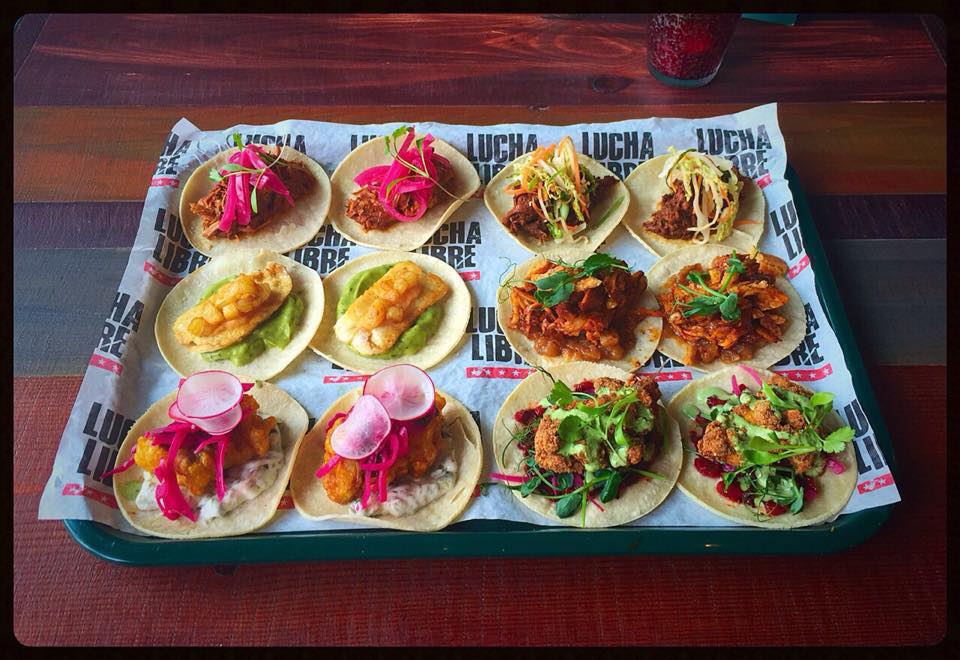 Street food in Liverpool is no longer questionable hot dogs. Say hello to ItalFresh, a vegan Jamaican inspired street food phenomena based in Baltic Triangle. Whilst we love the whole menu, we often for the Trenchtown fries. Sweet potato fries smothered in a cool mango mayo. 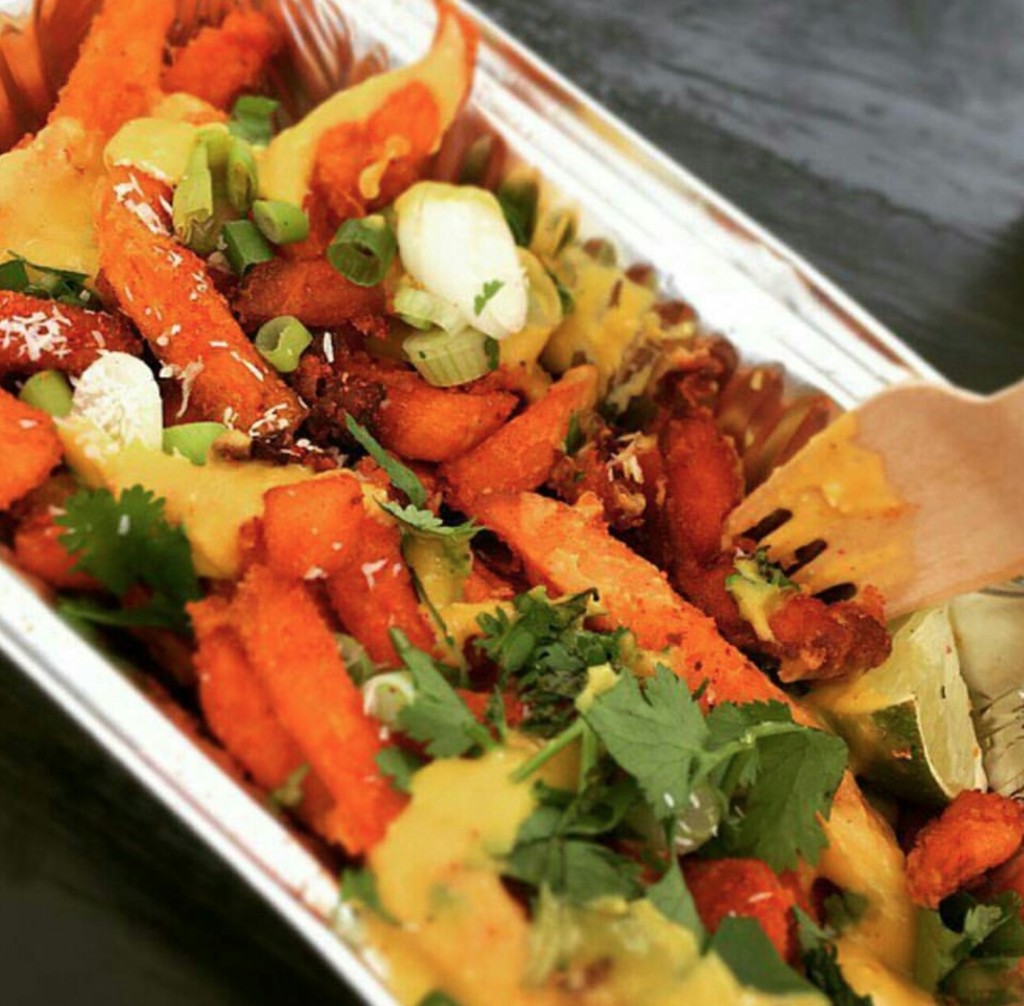 There’s something fantastic about paella. Maybe it is the sharing aspect that is so synonymous between Spain and Liverpool. Lunya haven’t just brought a slice of Spain to Liverpool, they’ve brought a whole pan. 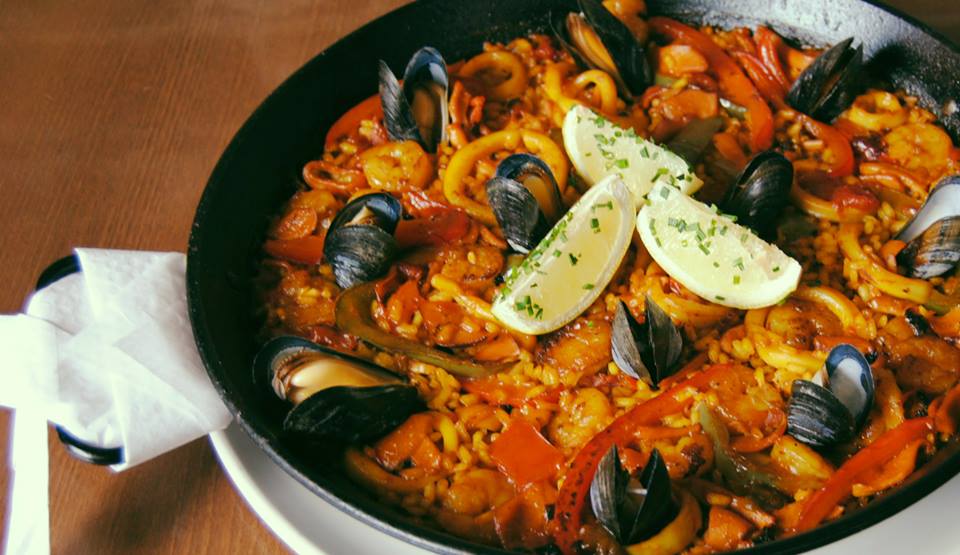 A tawa is a large, flat or convex disc-shaped griddle made from metal. Mackerel fillets, tikki mash potato, minced lamb patties and batons of chicken. A unique and delicious taste of India. 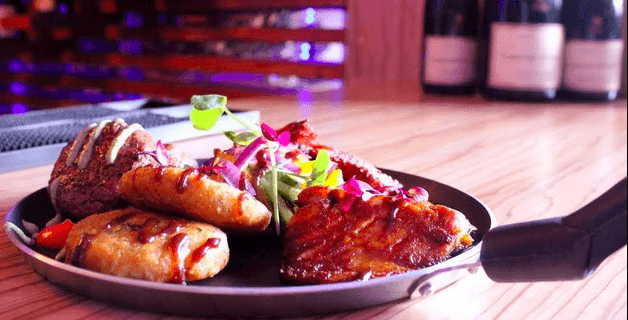 Tagine dishes are slow-cooked savoury stews, typically made with sliced meat, poultry or fish together with vegetables or fruit. Common spices include ginger, cumin, turmeric, cinnamon, and saffron. Every Moroccan restaurant worth its name must be able to make a good tagine. Kasbah do exactly that and whilst they have many to choose from, the delicacy, simplicity and respect the sea bass is shown is our favourite. 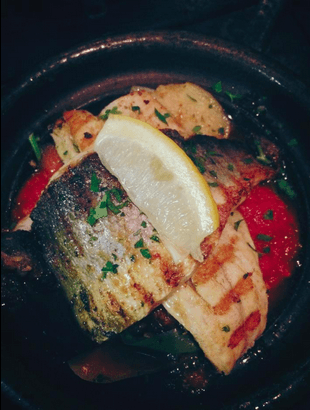 Lebanese inspired, this chicken wrap isn’t just any chicken wrap. It is crammed with veg, soft morsels of chicken that melt in your mouth and sprinkles of fresh coriander. Lunch is most definitely sorted. 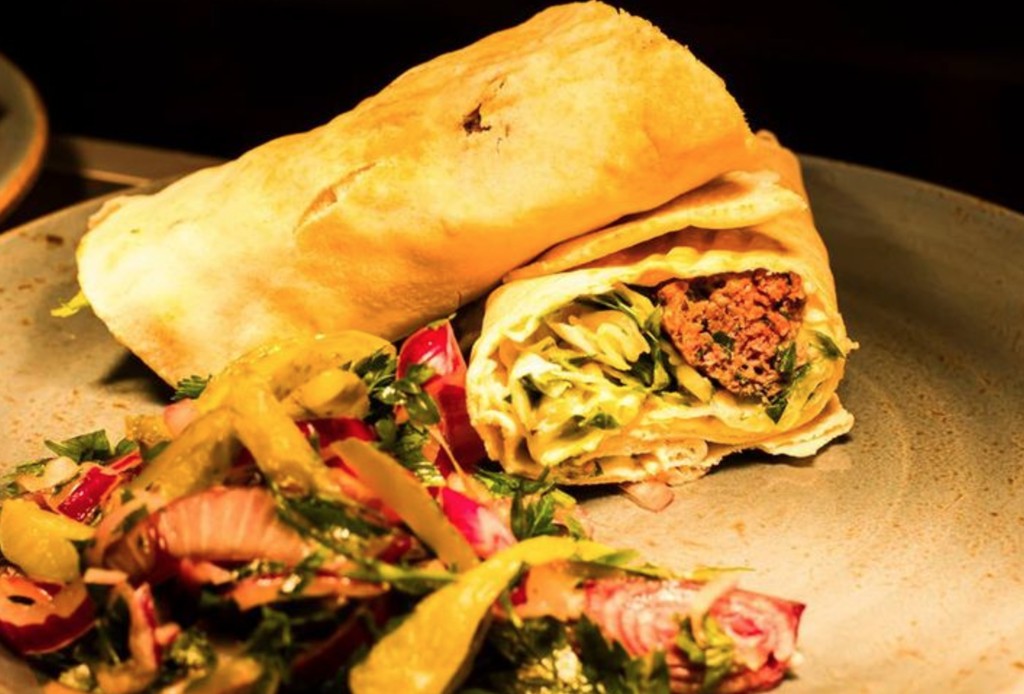 Ramen is a Japanese noodle dish that is all about the broth and Miyagi’s version packs a punch. Within it you will find not one but two types of pork that have different flavours and textures and really add to the dish. There’s also a whole host of veggies hidden in the steamy broth and it is all brought together by a gooey slow poached egg. Heaven. 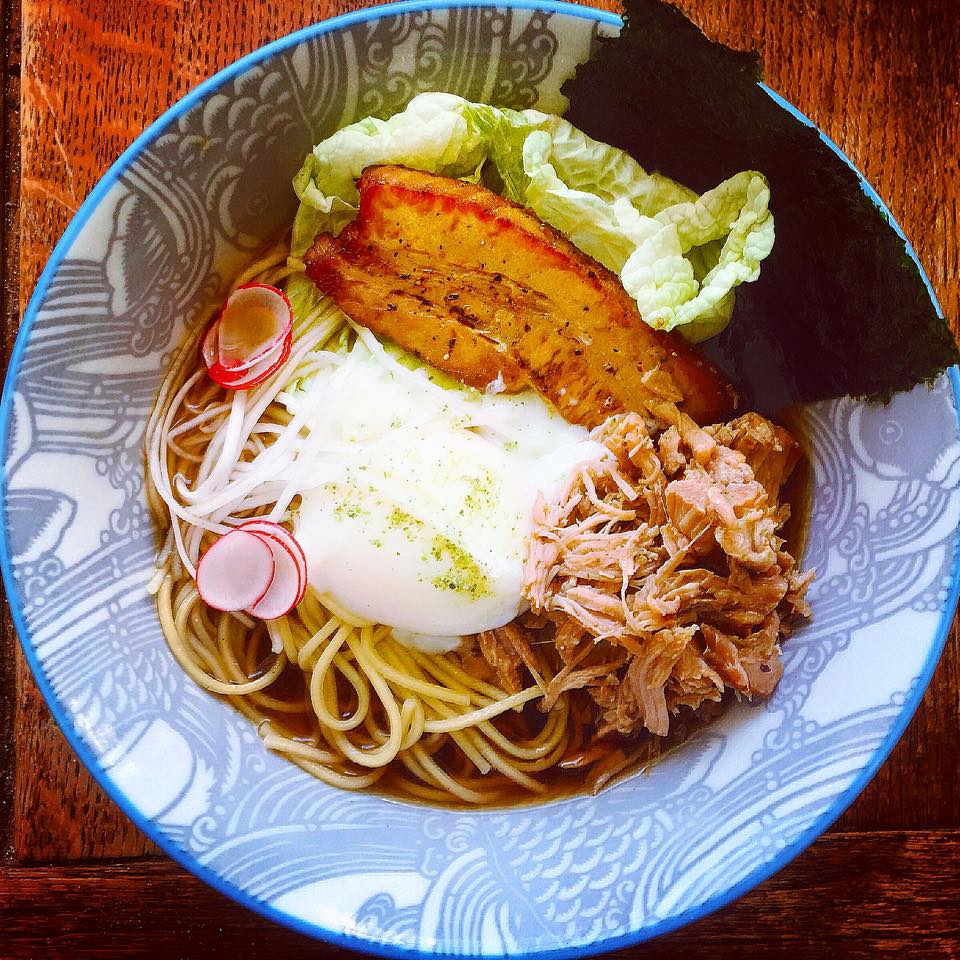 Falafel’s origins lay in Syria, Jordan, Lebanon and Israel but you can find a cracking version of it on Bold Street. Maray are the falafel kings and do it brilliant justice. Dip it in their hummus or homemade green chilli sauce for sheer filth. 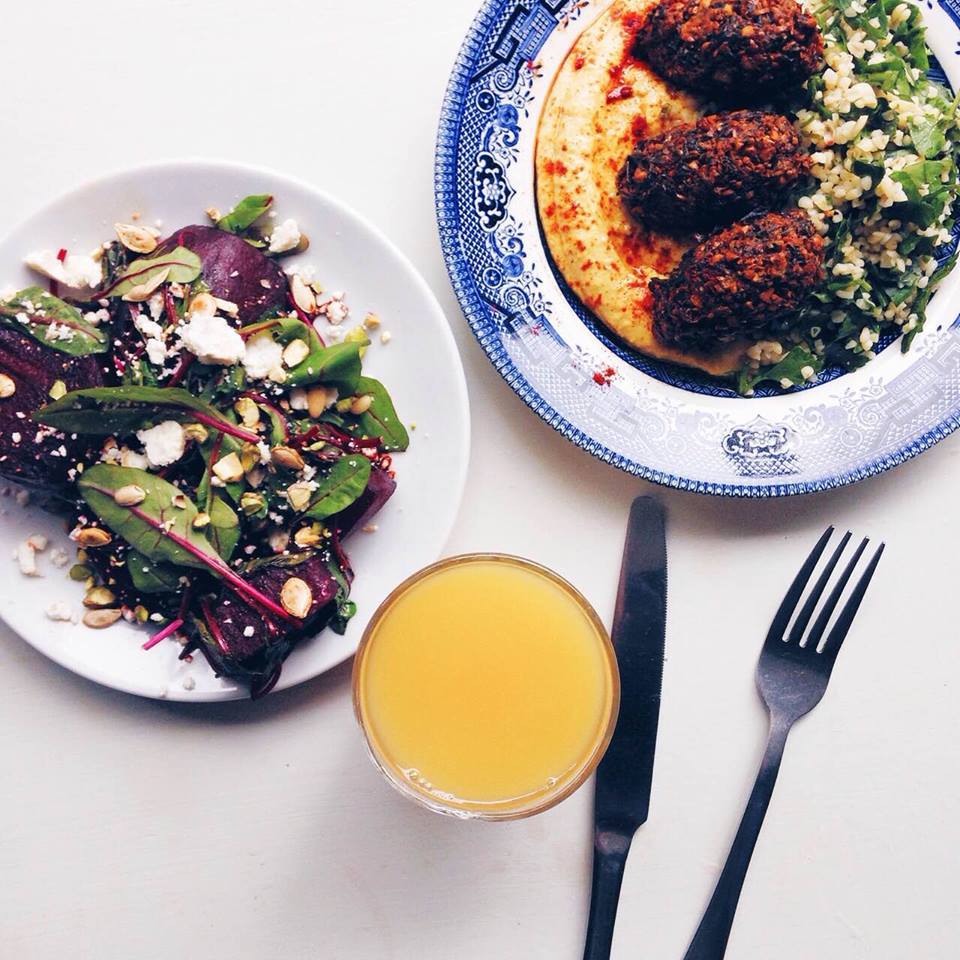 A taste of Turkey thanks to Elif. Located on Lark Lane and Childwall Fiveways is Elif, a Turkish BBQ restaurant that specialise in charcoal grilled meats. Freshly grilled meats cooked in front of you with rice and veggies to the side makes for a pretty awesome evening. 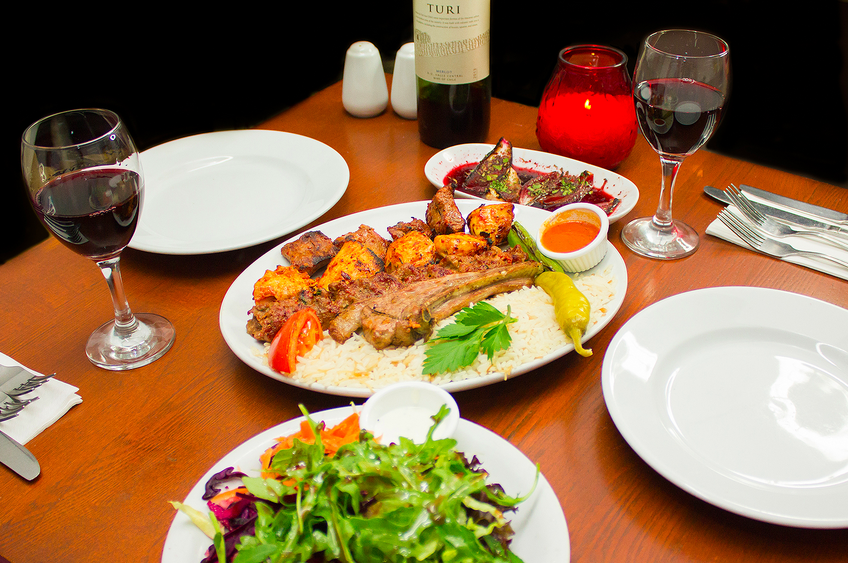 Pad Thai is a stir-fried rice noodle dish commonly served as a street food and at casual local eateries in Thailand. In other words, it is what the locals eat and thanks to Blind Tiger, you can dine like a local. Their veggie pad thai is loaded with flavour and crushed nuts. Go grab some chop sticks and chow down. 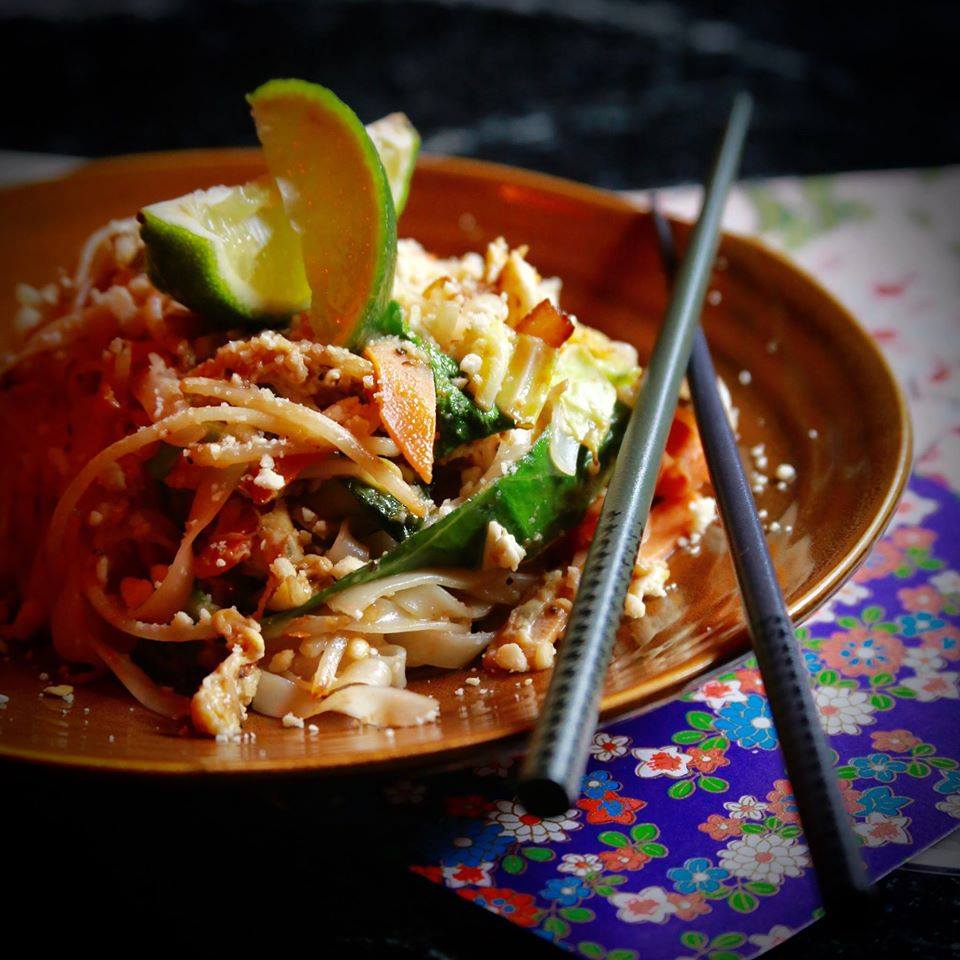 Sanskruti food traverses the Indian sub-continent: from the ‘Thalis’ of Gujarat to the ‘Dosas’ of South India and from the ‘Chaats’ of Mumbai to the rich, unforgettable taste of North Indian curries. Unlike any curry you’ll ever have and fully vegan and veggie. 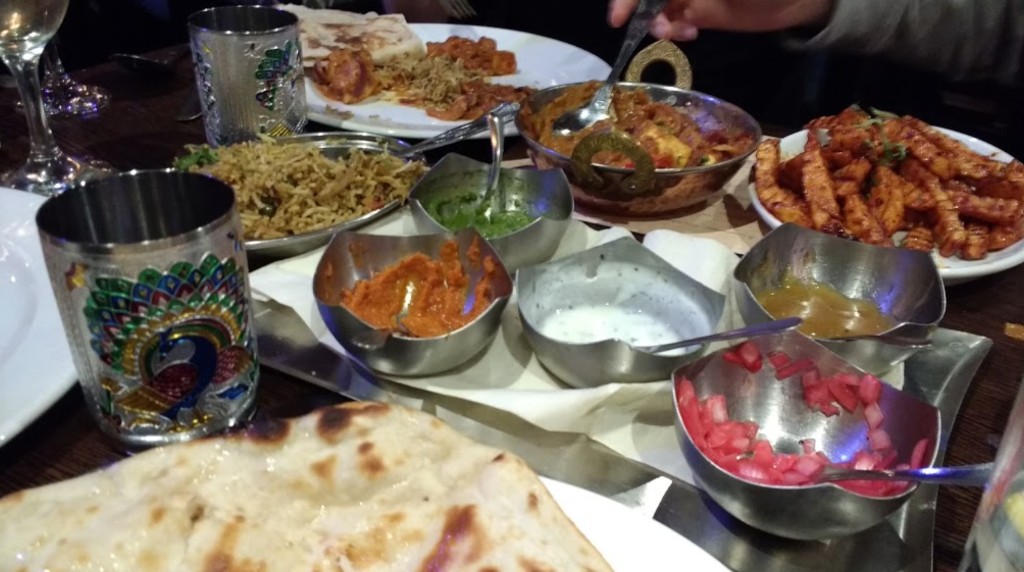 HOST on Hope Street are well-known for fusion and taste that would leave the most cultured of taste buds tantalised and their Korean chicken with kimchi, a flat bread and spicy mayo gets our vote. 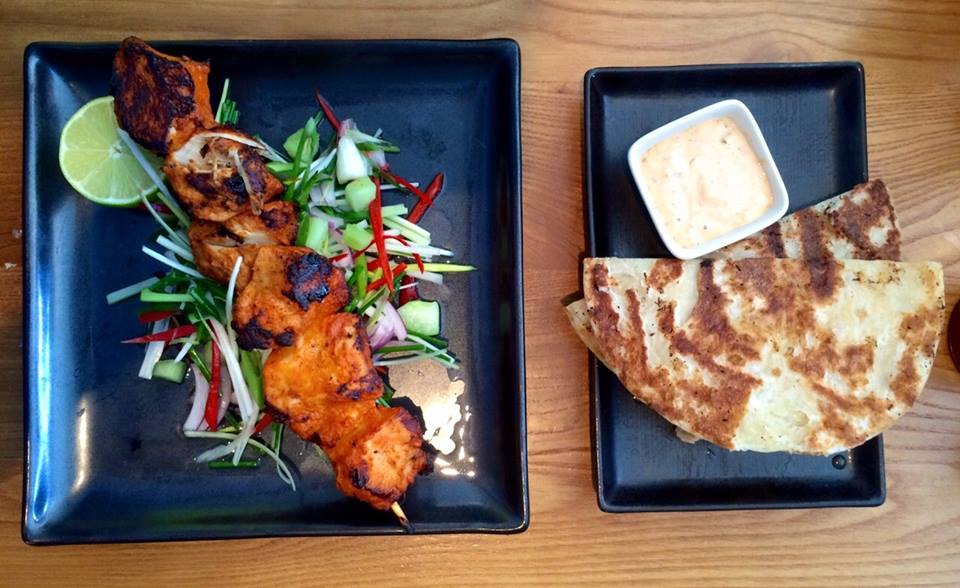 From South Africa to Smithdown, a “bunny chow” is a South African fast food dish that consists of a hollowed out piece of bread full of all sorts of deliciousness. It became popular amongst labourers who work long hours as it gave them the energy they needed throughout the day 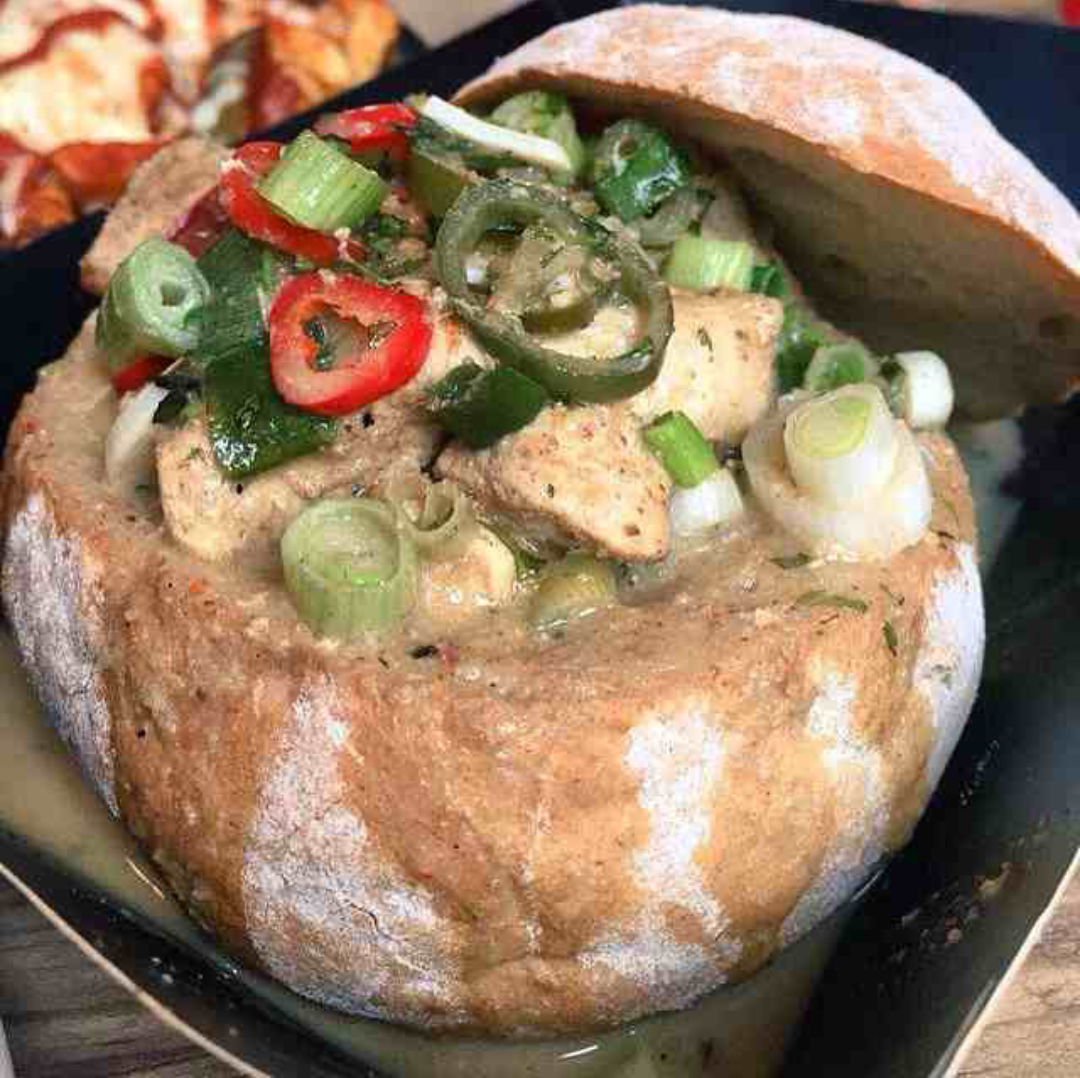 The history of Sushi in Japan began around the 8th century. The original type of sushi was first developed in Southeast Asia as a means of preserving fish in fermented rice. Fast forward to the 21st century and Sapporo on Duke Street offer a pretty incredible version. Be sparing with the wasabi. 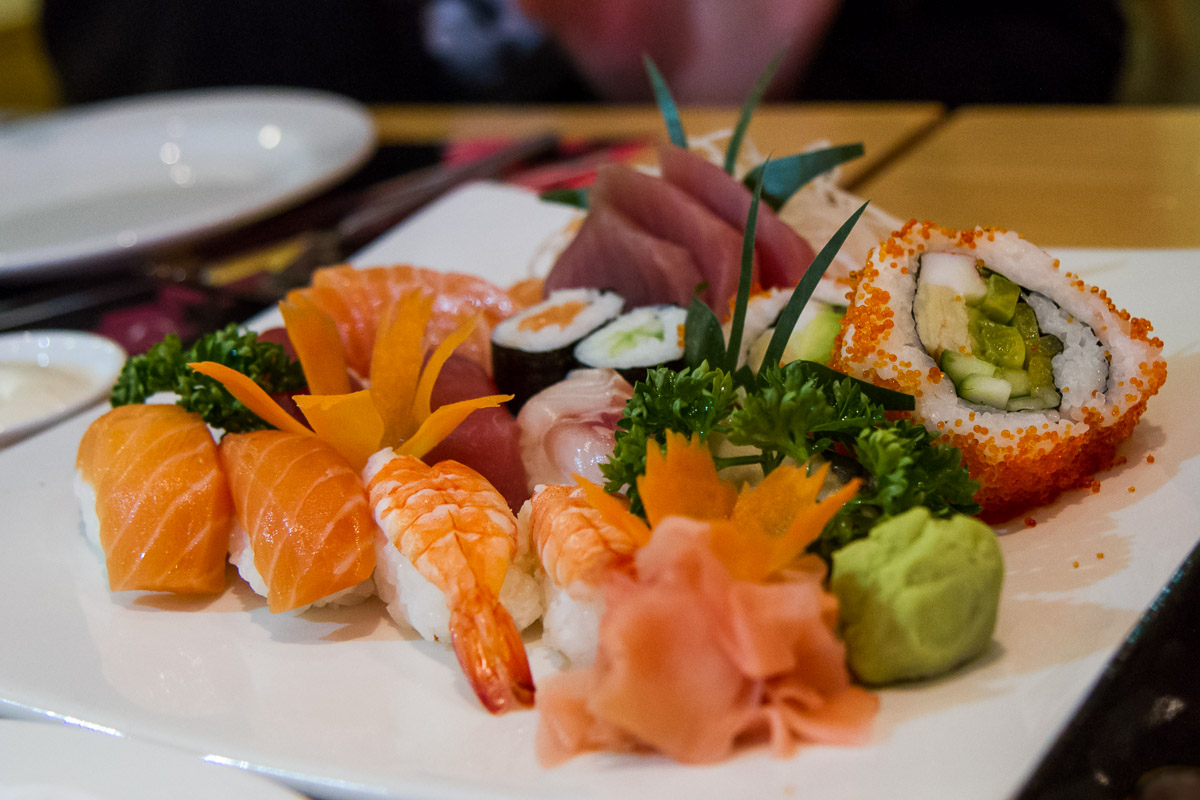 Liverpool has a huge Greek and Cypriot community and Christakis offers them the taste of home. Based in the city centre and Smithdown is one of the friendliest restaurants you’ll ever visit. You’re welcomed like a family member and treated like a friend and it helps that the food is delicious. Try the “dolmades”, they’re vine leaves stuffed with rice, tomatoes, green peppers, mince meat & spices. 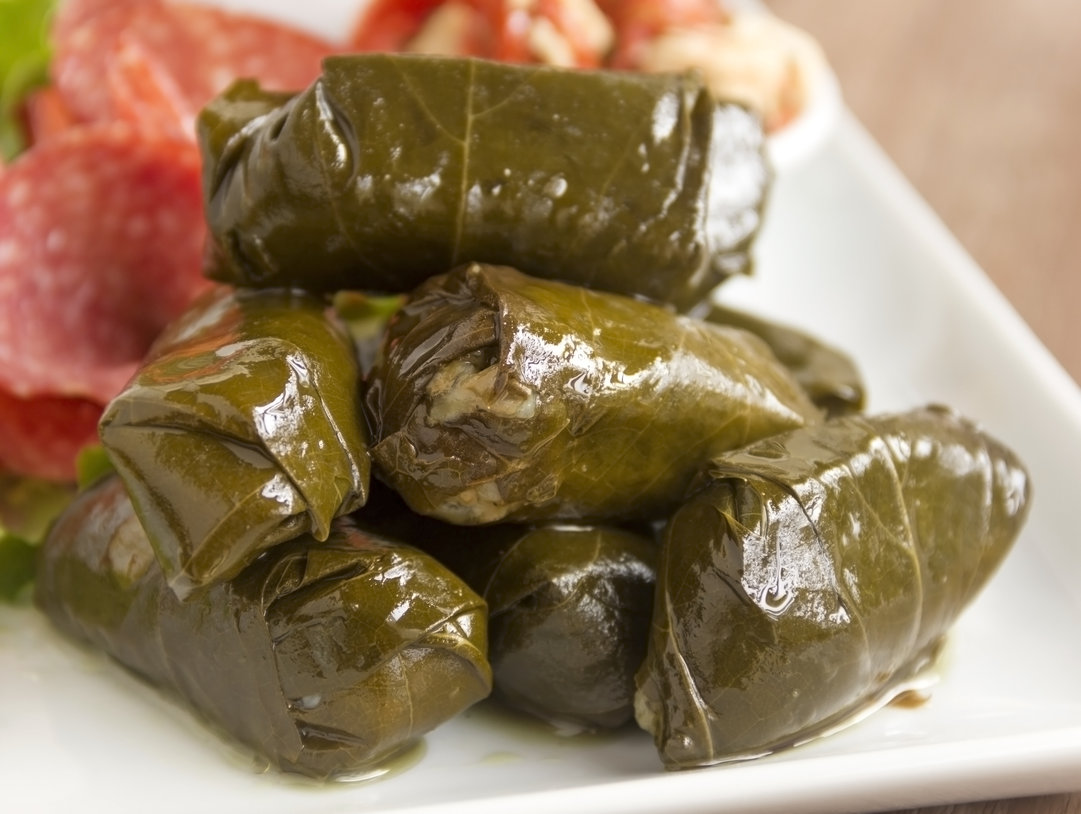 Not technically a “plate of food” but definitely a meal within itself. God bless you, Ireland. Head to Seel Street to Pogue Mahone for an Irish themed bar that promises a barrel of laughs. 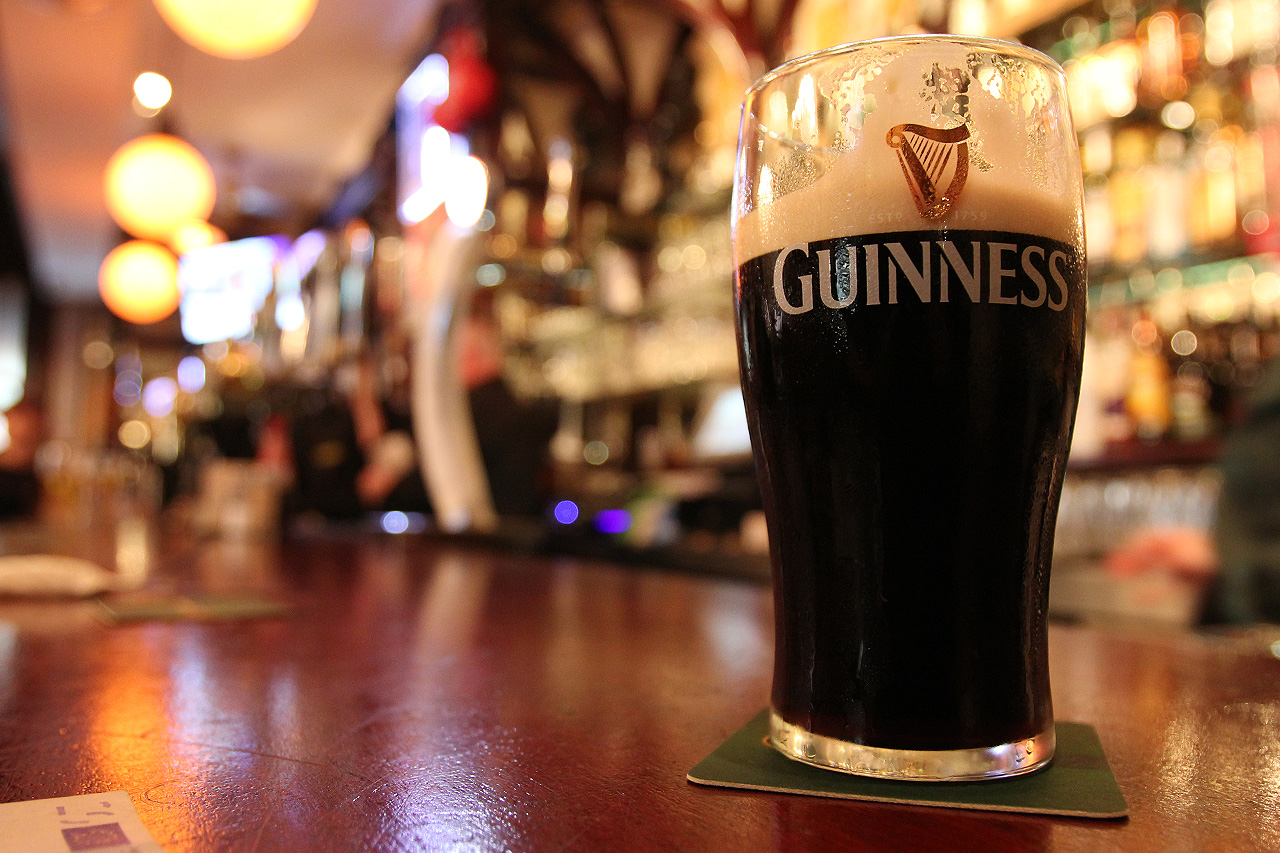 Speaking of Guinness, we’re having a St Patrick’s Day Weekender this year and you’re all invited. Two days of shamrocks, shenanigans and showers of Guinness in the Baltic Triangle with plenty of food and dancing. Sound fun? Find out more here.