Not your everyday slice.

Crazy Pedro’s is the brainchild (and alter ego) of Lyndon Higginson, and brought to life along with co-owners Ross Mackenzie and Jobe Ferguson. Ross woke up one morning to a text from Lyndon which read: ‘I’VE GOT IT… CRAZY PEDRO’S PART-TIME PIZZA PARLOUR… MEZCAL AND PIZZA… TIL 4AM… ROCKING!’ and he just thought ‘oh he’s had a big night, he’ll sleep that one off and we’ll never hear of it again. Little did they all know that text would change their lives forever and turn out to be a stroke (or should we say slice?) of genius. 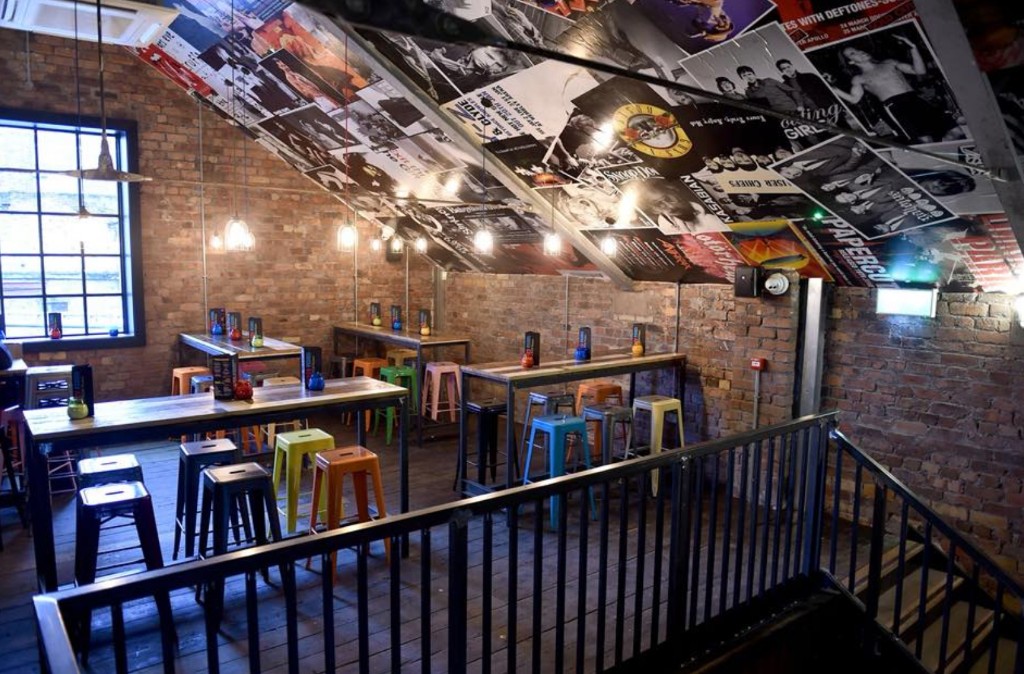 Long before the first pizza was served up in Crazy Pedro’s they were working hard at perfecting their offering. Months of rigorous testing, sampling all sorts of ingredients lead to their opening menu. They went through 20 different flours to perfect the dough, which is still made fresh every day. They have a couple of classic toppings but the rest are the brainchild of the Crazy Pedro’s team. Inspiration for them come from different cuisines, classic flavour combinations but random testing played a big part. Imagine if all the foods you’d thought would go boss together whilst intoxicated somehow ended up on a menu. 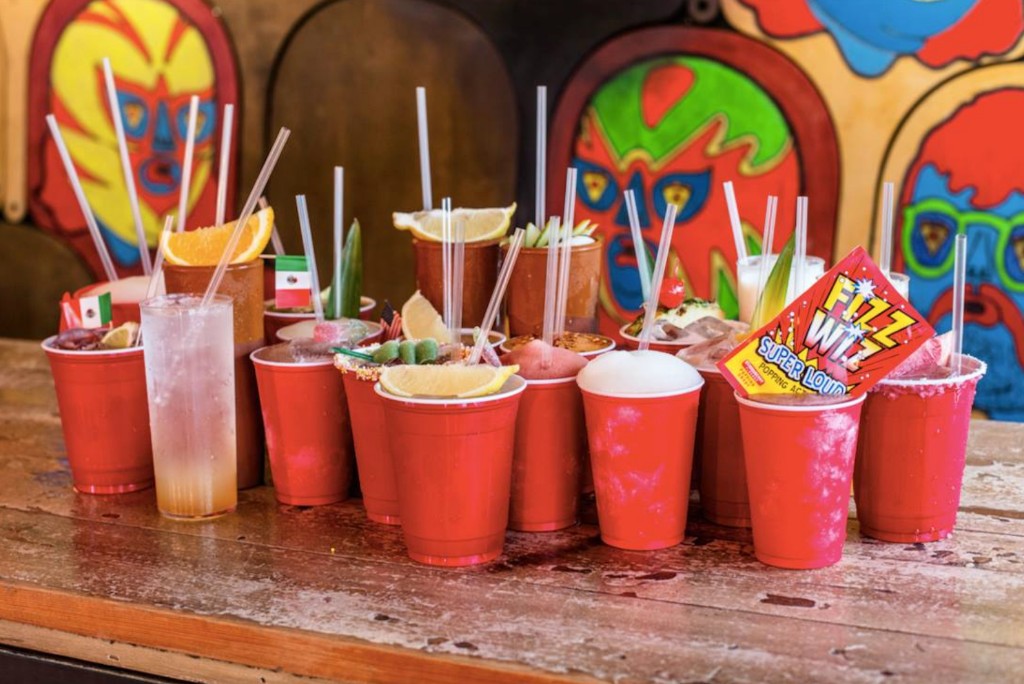 They love to party all the time at Pedro’s. Grab a frozen margarita and a slice of pizza and watch the party unfold. They’re pretty laid back – no bookings, no table service, no worries. Order your food the bar, maybe grab a cold beer and a shot of tequila/mezcal and they’ll give you a shout when your pizza is done. Crazy Pedro’s originally became a bartender’s bar, luckily the public followed and it just blew up. Don’t be surprised if the staff are having just as good a time as you are. Originally started in Manchester, the small team have opened up a place on Slater Street in a city no stranger to pizza.

Here’s 13 of the maddest pizzas you can get:

Sausage roll, baked beans and brown sauce – a homage to their’s and many of yours favourite high street bakery. 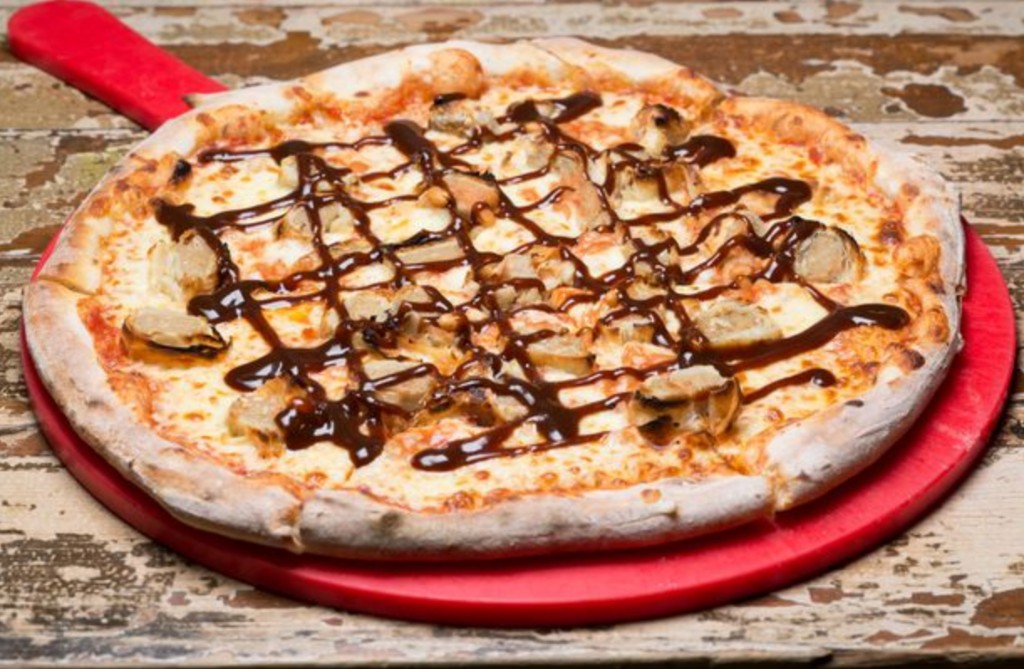 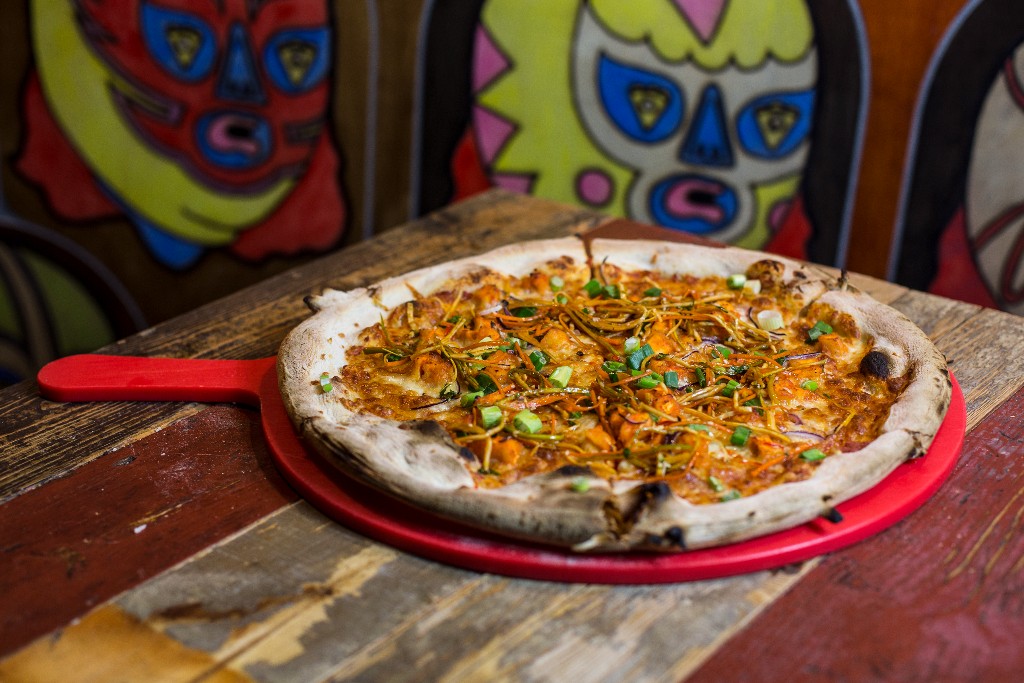 Finally not afraid to admit we’ve been doing something pretty similar to this for many years now. Alone. On Friday nights. In our dressing gown. Don’t judge. 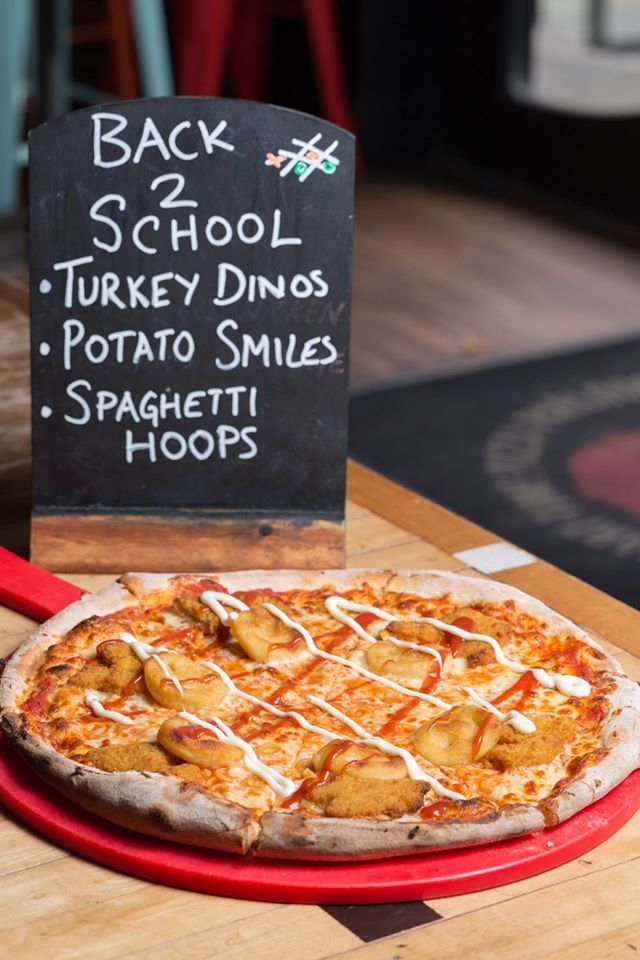 Chicken Katsu curry on a pizza. Golden cat not included, nor is it edible. We found out the hard way. 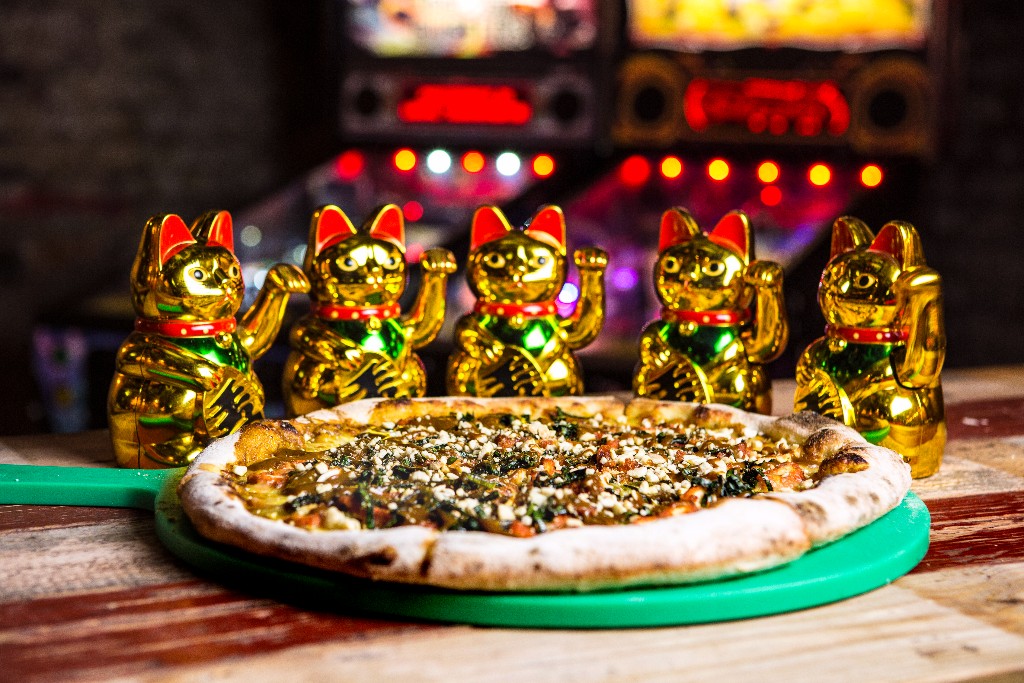 Christmas cake, cheese, pigs and blankets and figs on a pizza. Father Christmas’ head would fall off if he saw this. 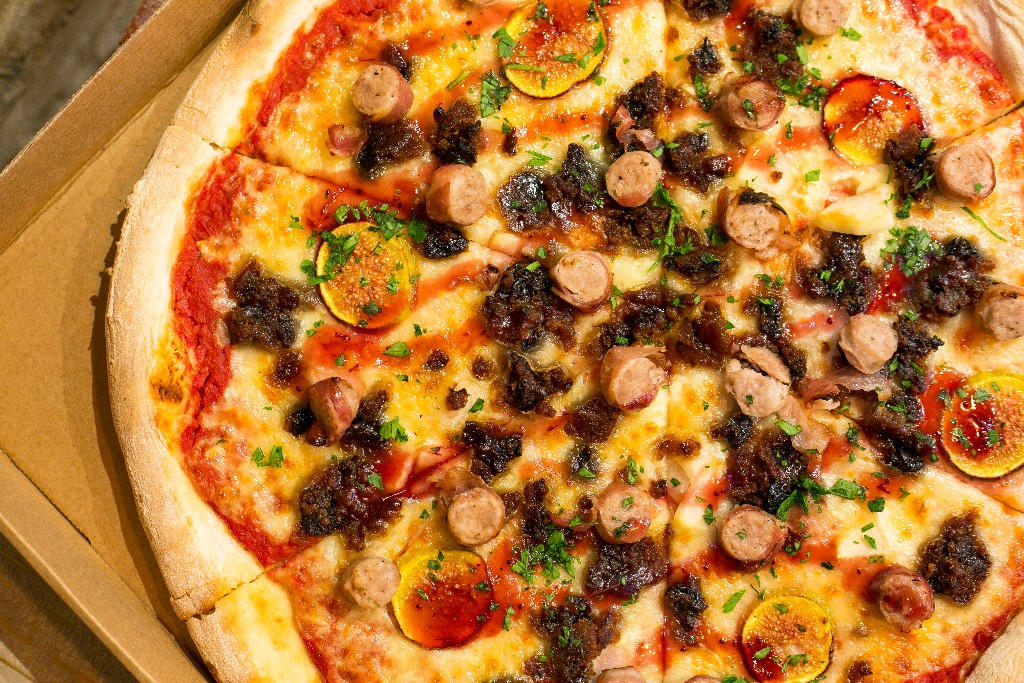 Cheesy chips and gravy on top of a pizza. A Northern delicacy reserved for a certain time of the morning when you’re a certain kind of drunk. 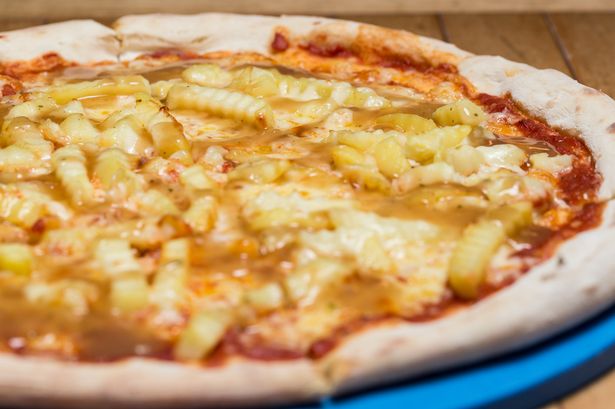 Why choose between pizza or a kebab when you can have both? Lamb shish, salad, onions mint sauce and mint. No need to cheese 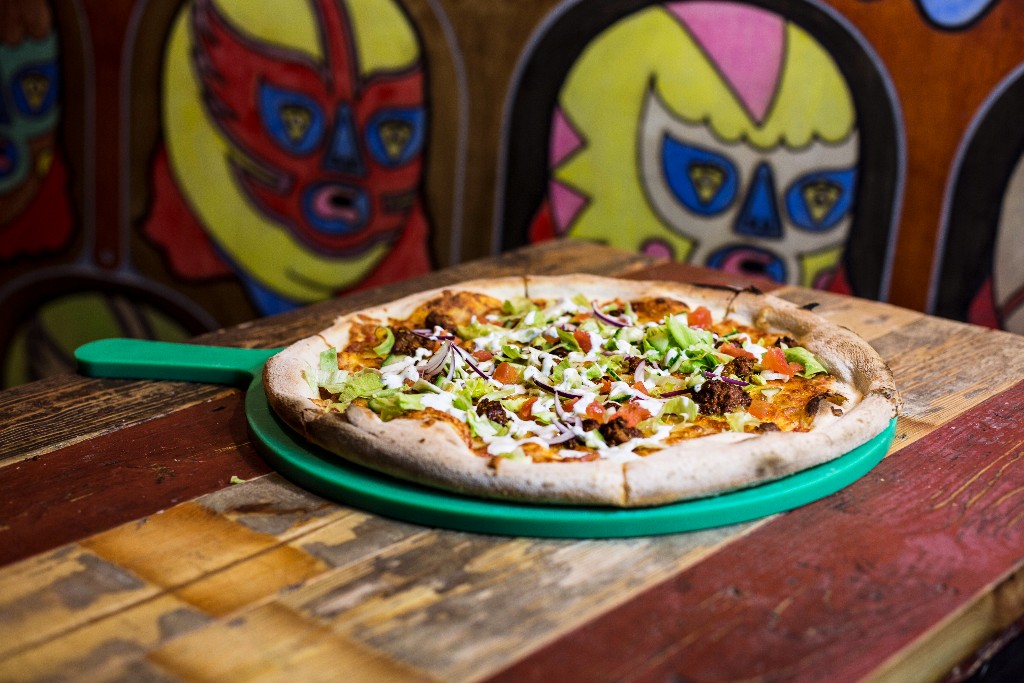 Booze soaked shrimp and a spicy Bloody Mary sauce. You had us at booze. 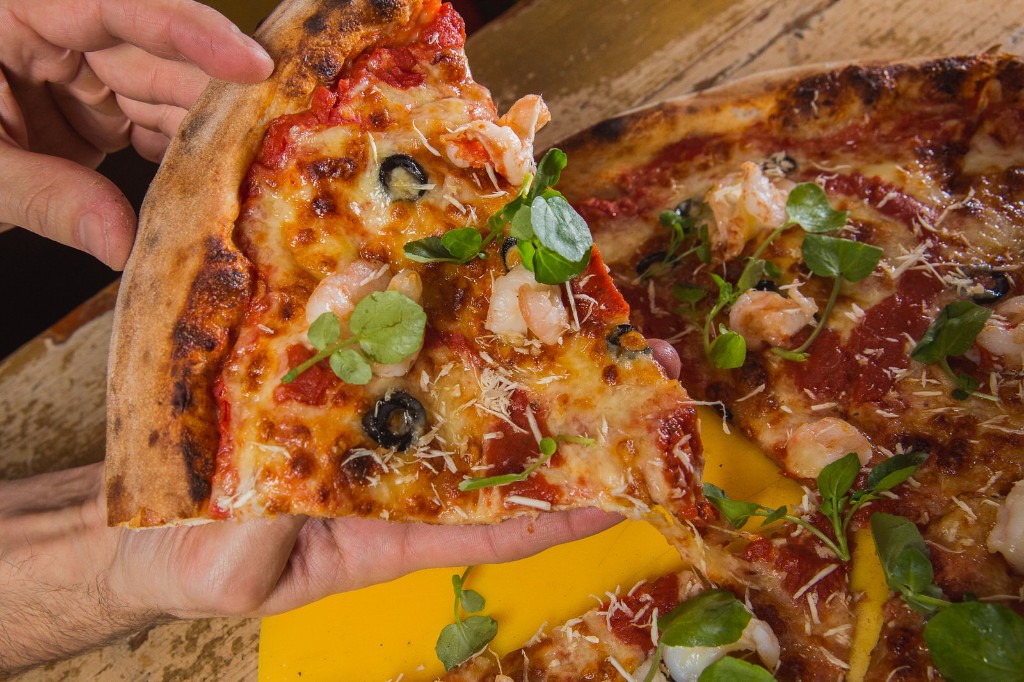 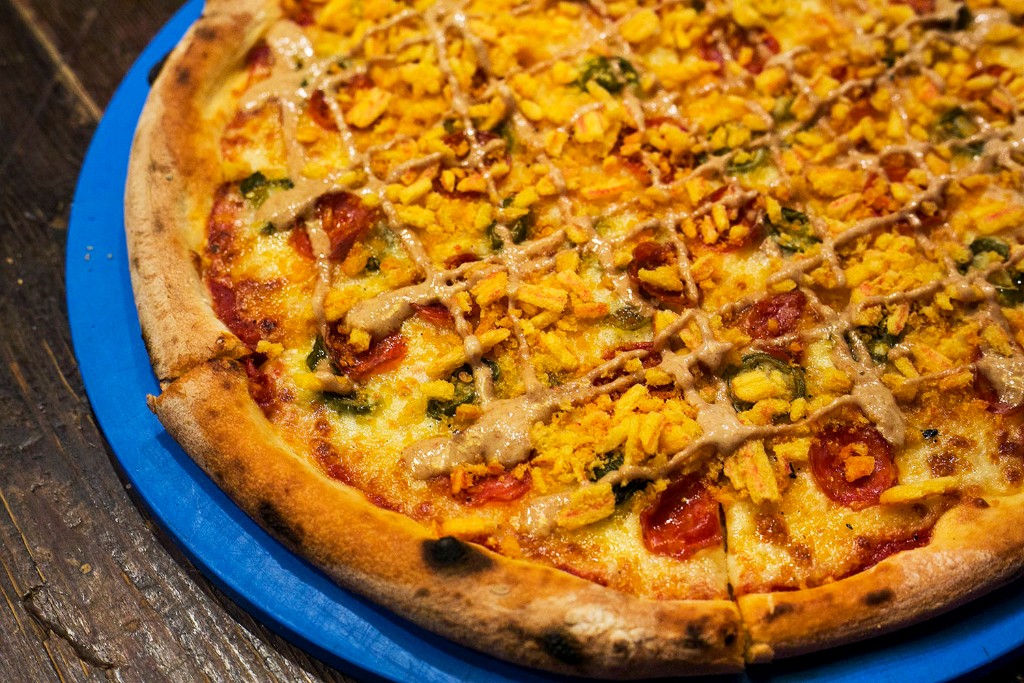 A Cali sushi roll on a pizza. No, seriously. 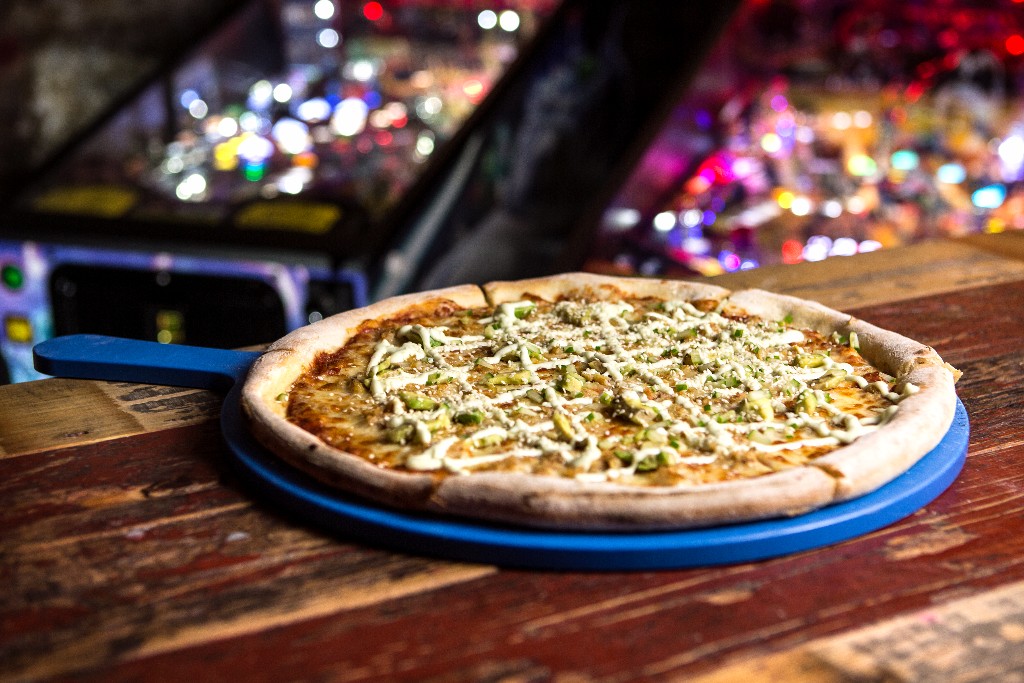 Pure unadulterated sausage meat with sauerkraut. Not for the faint hearted. 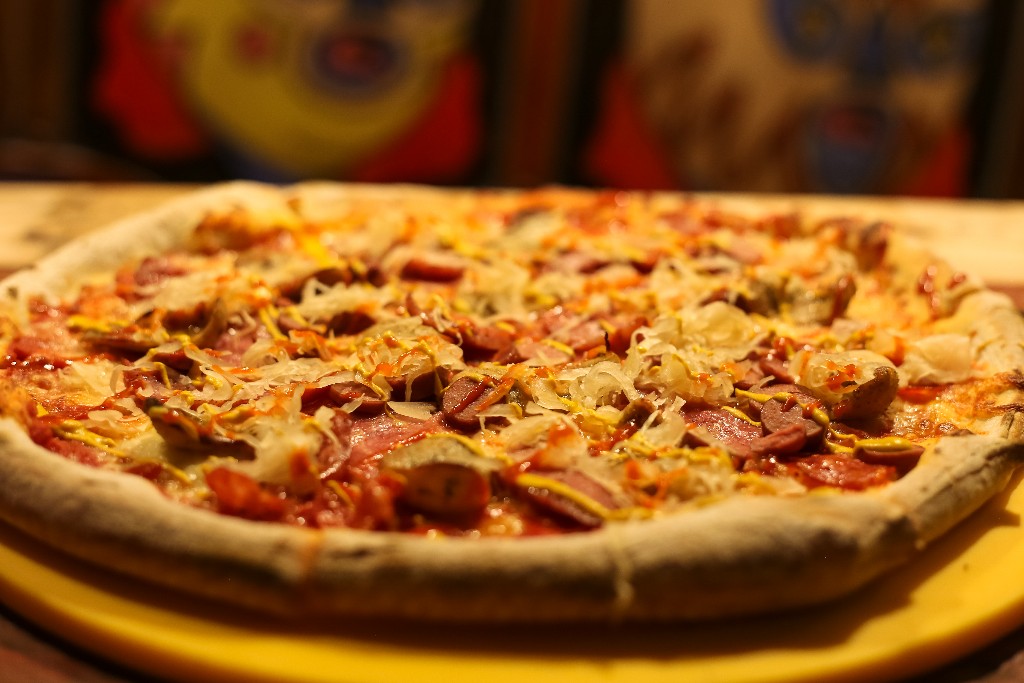 The spicy meat substitute pizza Sir Mo Farah would be proud of. 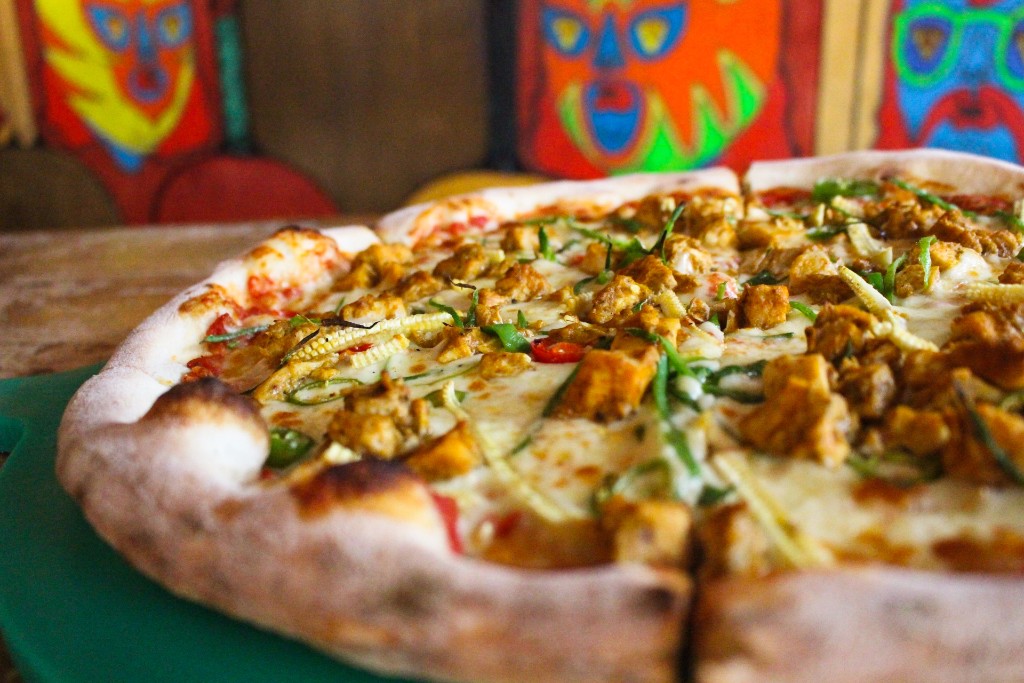 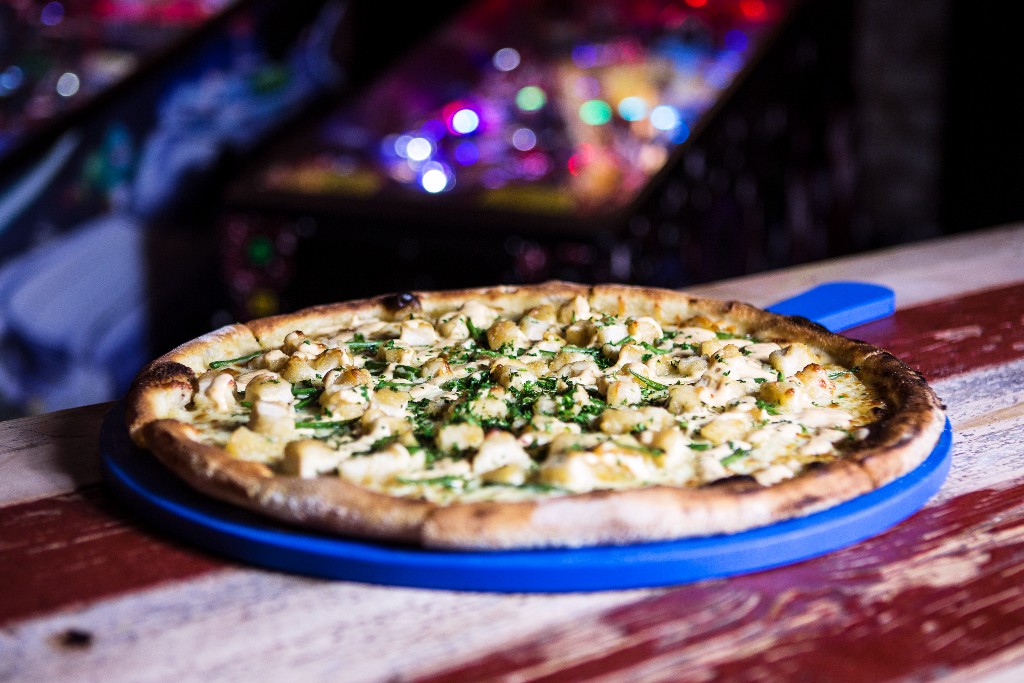 Crazy Pedro’s is now open for all your whacky pizza fantasies and mezcal needs. You can catch them at 25 Parr Street, Liverpool, L1 4JN. More here.